Irma P. Hall On Her Journey to Develop Her Talent 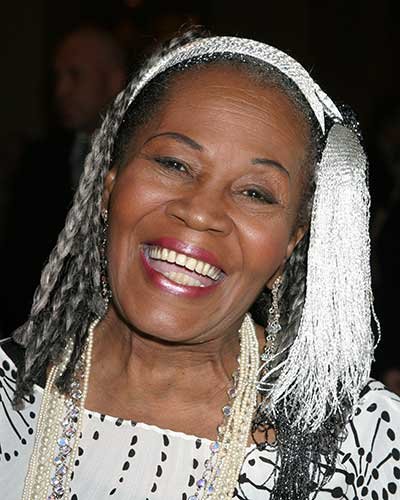 Ever since its founding The Ensemble Theatre has encouraged talented and gift artists to follow their dreams no matter where the road takes them. Annually they recognize those who have taken the path less traveled with the Black Tie Gala honoring celebrities and supporters of the mission of the Ensemble Theatre.

Irma P. Hall will be among others honored by the Ensemble Theatre at their 2015 gala entitled "Follow the Dream: Celebrating the Empire." She expressed her gratitude of receiving the honor by stating that "I'm so honored to get a chance to be there (Houston). There are so many wonderful young actresses and actors that have done so much more than I have at a young age. I was 36 years old when I got into acting, and I'm looking forward to it. Hopefully I will still get a chance to work at that theater, because I've always wanted to, but at least I'll get a chance to see it."

Hall was the only child of a Jazz musician and a housekeeper. When she was seven years old, she joined her parents on the Southside of Chicago after living with her grandparents. Hall says that "we had lots of books, lots of music, and lots of love. I owe everything to my parents, because they were always with me to guide me through a lot of stuff, and they were honest... I was encouraged to think a lot."

After leaving all of Christianity for about ten years, Hall said that she eventually went back to the religion that she was most comfortable with. "It's like God was standing there watching me, and then finally He said, 'Are you through playing now? Come on home...' I have a strong belief in God... That is the basis of what I do. I believe that He has made me for a special reason and to do some special thing, and I know it involves teaching, because that's what I do. I did it in the classroom for almost 30 years, and now I do it on stage and in front of a screen."

Hall's acting career blossomed while volunteering for the Dallas Express as a Sports and Entertainment editor. After interviewing Raymond St. Jock and writing an article, he called and asked if she could be a publicist for the film "Book of Numbers." After he heard Hall reading some poetry, he asked her to read for a part that hadn't been casted yet. Hall got the part of Georgia Brown and was told she had a "natural talent" that needed to be developed. "I was raised to believe that if God gives you a talent, you're obligated to develop it as much as you can," she stated.

Her success further grew as she continued to develop in acting. Hall was also impactful in starting a community theater called the Dallas Minority Repertory Theater after she was asked to be the Executive Director. She did whatever she could to make sure she would ultimately connect to the craft of acting. She received the Chicago Film Critics Award by playing the aunt in the movie "A Family Thing" where she worked alongside Robert Duvall and James Earl Jones. She worked almost everyday up until she was in a severe car accident that resulted in eight broken ribs, a punctured aorta that called for open heart surgery, a crushed ankle, and a broken arm. "I began to think 'This is it, I'm through,' but they put me back together. I'm still in the process of learning this craft. I've been working, and in 2009 I had surgery, because I had breast cancer, but I'm still working."

Hall said that she got the part of "Big Mama" in the popular film "Soulfood" while in L.A. Two young men, George and Bob, came up to her hotel to show her a script and thought she would be perfect for the part of Mama Jo. She could identify with the part considering the fact that the character's life was so similar to her's and the people of her family. "I said, 'You know I'm supposed to do this!' It was just God. I said 'This is too close to home. This is something I'm supposed to do.'"

Hall said she has done four or five films this year. She enjoys doing small, independent films. "Since I discovered that my name has a little note and people know who I am, I decided to help new, young, independent film makers get their foot in the door." The last role she wants to play before she dies is of Mary McLeod Bethune.

Many would be surprised to know that Hall is a big fan of the legendary, California-based rap group N.W.A. "Had we not had N.W.A. not come on, we would never have known what was coming right out of Compton. I know that they're writing about where they came from and what goes on around them. They're telling us that this is what is happening in our neighborhoods."