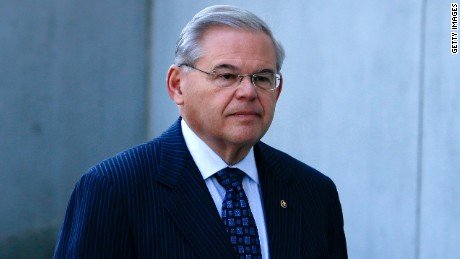 WASHINGTON (CNN) -- Republicans are likely to pick up another Democratic vote against the President's Iran nuclear deal next week when Sen. Robert Menendez makes his position on the deal official.

The New Jersey Democrat's office said Friday that he will deliver a "major address" on the Iran deal Tuesday in New Jersey, where he will announce his decision on whether to vote for a congressional measure of disapproval on the deal.

Menendez is expected to announce he is against the deal. The former Senate Foreign Relations Committee ranking member has been strongly critical of the deal and the administration's negotiations with Iran, at one point accusing President Barack Obama of using talking points "straight out of Tehran."

If he announces he is a "no" as predicted, he will join New York Sen. Chuck Schumer as the only Democrats officially against the deal.

Assuming all Republicans vote against the deal, they will need 13 Democrats to join them in the Senate to override an assured presidential veto on the measure of disapproval. So far, 19 Democrats and independents who caucus with them have said they are in favor of the deal.

The House would also need to muster a two-thirds majority to override a veto.