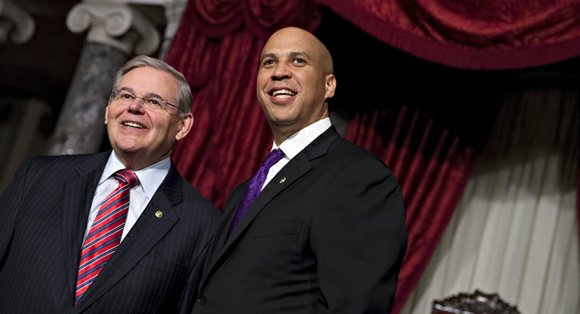 Sen. Robert Menendez, a New Jersey Democrat, gave a speech Tuesday afternoon in New Jersey outlining his opposition to the deal and taking several shots at Obama in the process.

"I have looked into my own soul and my devotion to principle may once again lead me to an unpopular course, but if Iran is to acquire a nuclear bomb, it will not have my name on it," Menendez said. "It is for these reasons that I will vote to disapprove the agreement and, if called upon, would vote to override a veto."

The former ranking member of the Foreign Relations Committee has been an outspoken critic of the administration's negotiations with Iran and was widely expected to come out against the deal.

His comments directly took aim at Obama, who earlier this year tried to reassure critics that he had negotiated a good deal with Iran since his legacy would bear the consequences of it.

"This will be my name on it," the President said.

Obama's defense of the deal has rankled some in his own party, who feel he has attacked opponents of the agreement too harshly.

In an interview on CNN's "The Lead" after his speech, the New Jersey senator said the agreement was "aspirational" and that the U.S. was forfeiting whatever leverage it had left. When asked if maintaining the current sanctions regime was similarly "aspirational," Menendez said the status quo was sustainable.

"It will take work as it's always taken," Menendez said, stressing that the U.S. could retain the existing, pre-deal penalties. "The Congress has on many times rejected multilateral agreements, and the world hasn't come to an end,"

In a lengthy, point-by-point critique of the deal in his speech, Menendez pushed back on Obama's criticism of opponents, saying he was making his decision not based on politics but his own analysis.

"Unlike President Obama's characterization of those who have raised serious questions about the agreement, or who have opposed it, I did not vote for the war in Iraq, I opposed it, unlike the Vice President and the Secretary of State, who both supported it,"

"I know that, in many respects, it would be far easier to support this deal, as it would have been to vote for the war in Iraq at the time. But I didn't choose the easier path then, and I'm not going to now," he added later, to applause.

Menendez referred to "countless hours" he has spent in hearings, classified briefings and serious discussions on the deal. "It is not an issue of supporting or opposing the President. This issue is much greater and graver than that," he said.

He even targeted Obama's signature message of "hope."

"Whether or not the supporters of the agreement admit it, this deal is based on 'hope' -- hope that when the nuclear sunset clause expires, Iran will have succumbed to the benefits of commerce and global integration," Menendez said. "Hope is part of human nature, but unfortunately it is not a national security strategy."