Forget a veto override; Democrats hope to prevent a 'no' vote on the Iran deal 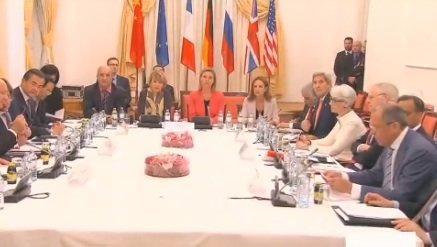 WASHINGTON (CNN) -- Democrats have picked up enough congressional support for the Iran nuclear deal that they are now hoping not merely to sustain any White House veto of a resolution rejecting the agreement but also to prevent the resolution from even reaching the President's desk.

All 54 Senate Republicans are expected to vote for a resolution in mid-September disapproving of the accord, but to clear a procedural hurdle so the chamber can move on the bill, they need six Democrats to join them.

So far, only two Democratic senators have said they will oppose the agreement: New York's Chuck Schumer and New Jersey's Bob Menendez. While enough senators remain undecided to reach 60 votes against -- only 23 of 44 have committed to backing the Iran deal so far -- the steady trickle of support is dwindling that pool by the day.

This week two key undecided Democratic senators -- Claire McCaskill of Missouri, who is close to Schumer, and Joe Donnelly of Indiana -- announced their support for the deal. The announcements had a White House official, who declined to be named, expressing increased confidence in the ultimate outcome.

"If Republicans can't get conservative red-state Democrats with them, then that should say a lot," the official said, referring to Donnelly and McCaskill.

The pair came out for the deal in the wake of revelations that Iranians would be participating in some inspections of a sensitive Iranian military site. Opponents seized on the development to whip up opposition, but the two senators' support was amplified by that of a key House member Friday. Democrat Jerrold Nadler of New York, known for his ties to Israel and the Jewish community, where much of the opposition to the deal has been concentrated, said he would vote for the deal.

"The momentum is certainly on our side, but we've got a long way to go," said Ben Marter, a spokesman for Sen. Dick Durbin of Illinois, who supports the deal and is working to get keep opponents from killing it.

Durbin, the only member of the Senate Democratic leadership to announce his support for the deal, suggesting there's still an opening for the agreement's opponents to collect the necessary backing for a "no" vote.

Durbin, the Democratic whip, is an ally of the President's. Senate Democratic Leader Harry Reid and Sen. Patty Murray of Washington, the fourth-ranking Democrat, have not said how they will vote. Schumer is the No. 3 Democrat and is the leading candidate to be the Senate Democratic leader in the next Congress.

Senate Republicans are realistic that supporters have the upper hand, certainly when it comes to cobbling together the 34 votes needed to sustain the veto Obama has promised. To override it, Republicans would need 13 Democrats to join them.

But they don't concede that they won't get to 60. Republicans point out that they only need four more Democrats for that outcome. They are optimistic that will happen and that they will be able to at least claim a partial victory.

Republicans believe that if a measure opposing the agreement with Iran passes the House and Senate, even if then vetoed, it would undercut both the agreement and the political victory for Obama, who views the deal curbing Iran's nuclear capabilities as a significant part of his presidential legacy.

With about two dozen Democrats still formally undecided, it's impossible to be sure what will happen when the votes take place a month from now.

A CNN survey of members indicates three undecided Democratic senators -- Bob Casey of Pennsylvania, Gary Peters of Michigan and Ron Wyden of Oregon -- could vote with Republicans on the disapproval resolution. If they did, that would leave Republicans needing just one more vote to get the 60 they need to pass the resolution opposing the nuclear agreement.

In the House, a simple majority of Republicans would be sure to join them in rejecting the deal, sending it to the President's desk.