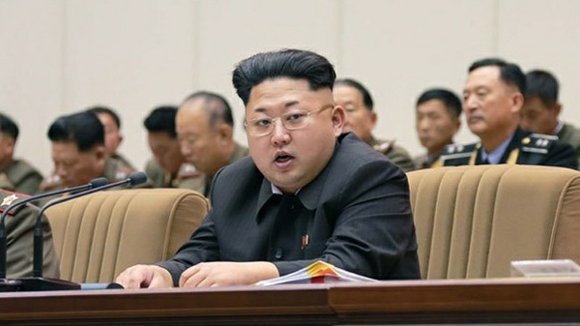 He rejected Obama's characterization of the North Korean hack as "an act of cybervandelism," instead calling it "a new form of warfare" on CNN's State of the Union.

After another war of words, and an exchange of fire across the world's most fortified border, the two Koreas appear to be set on a collision course.

South Korea is angry at its unpredictable neighbor's provocations, while Kim Jong Un has placed his front-line forces on a war footing. Though the two sides are now talking, tensions remain high.

We look behind the scenes of this fractious relationship.

What happened this time?

On Thursday, the two sides traded artillery fire over the demilitarized zone -- though no casualties were reported by either side.

Pyongyang hasn't explained its part in the incident, but a statement last week from the state-run KCNA new agency accused South Korea of committing a "military provocation."

Seoul, meanwhile, has accused the North of planting landmines deliberately in the path of its patrols in the demilitarized zone after two soldiers were seriously wounded earlier this month. North Korea has denied the allegation.

And if this wasn't enough, a massive military exercise involving South Korea, the United States and a host of other allies is underway, which North Korea says it views as a prelude to an invasion. It has threatened to retaliate against the U.S. "with tremendous muscle."

According to the U.S. military, the purpose of the multinational exercise -- named Ulchi Freedom Guardian -- is "to enhance ... readiness, protect the region and maintain stability on the Korean peninsula."

But since the weekend, the two neighbors have been locked in high-level talks inside the DMZ in a bid to scale back the tensions. Pyongyang has sent senior officials such as Hwang Pyong So, the reclusive regime's leader's deputy and political director of North Korea's army, and Kim Yang Gon, a veteran of negotiations with South Korea since Kim's late father, Kim Jong Il, was in charge. Analysts suggest the attendance of such high-ranking officials may signal that the North really wants serious wide-ranging negotiations.

Should we be worried about this latest escalation?

Relations between the two neighbors -- who are technically still at war -- ebb and flow. Earlier this year, an annual exercise between South Korean and U.S. forces, involving thousands of troops and state of the art military hardware, didn't go down well with North Korea. It fired two short-range ballistic missiles into the East Sea, also known as the Sea of Japan, after slamming the exercises as "dangerous nuclear war drills for invading the DPRK."

"The North Koreans, being paranoid in their own way, have always had this concern: 'If there is going to be an invasion, this would be the time,'" said Philip Yun, executive director of the Ploughshares Fund, a group that advocates nuclear disarmament. "But that's not the intent on the U.S.-South Korean side."

This time around, North Korea appeared to shoot at loudspeakers the South had set up along the DMZ blaring out propaganda in the wake of the landmines incident, prompting a retaliation from South Korean forces. Pyongyang had previously threatened to blow up the speakers and warned of "indiscriminate strikes."