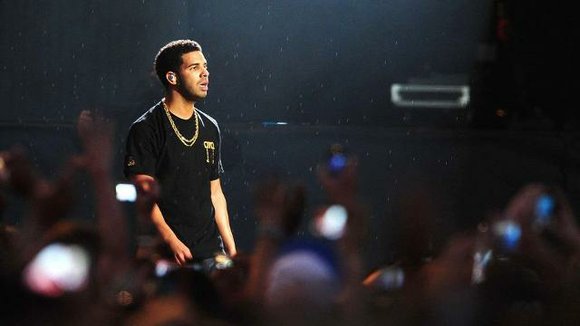 Drake during a sold out performance

"My Way" may have been the Fetty Wap song Drake chose to bless with a guest verse earlier this year, but it might have more accurate if he had chosen "Again." He was just spotted making out with tennis star Serena Williams in a Cincinnati restaurant, and if you'll recall from his beef with Common a few years back, this wasn't his first encounter with her.

The pair were photographed by TMZ (check the pics here) at a private room in upscale Cincy restaurant Sotto after Williams won the WTA tournament in the city on Sunday night. A few months prior, Drizzy was spotted cheering Williams on at Wimbledon.

Back in 2011/2012, Drizzy and Williams' romance sparked diss tracks in the form of Rick Ross, Drake and French Montana's "Stay Schemin'" and Common's rebuttal, "Sweet." Now that Common and Williams have been split up for several years, this latest news shouldn't cause any problems, but you never know.