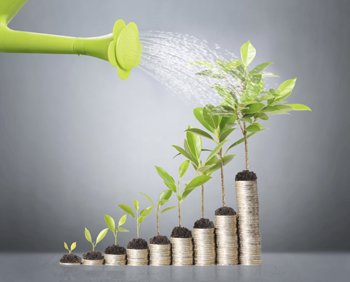 HOUSTON – (Dec. 1, 2015) – Impact investing, an investment strategy that generates financial returns while directing funds to entities providing goods and services to the poor, is making headway in Latin America, according to an issue brief from Rice University’s Baker Institute for Public Policy.

“Understanding Impact Investing: A Nascent Investment Industry and Its Latin American Trends” outlines challenges and opportunities for the strategy to continue its growth. The brief was authored by Henry Gonzalez, a contributing expert at the institute’s Latin America Initiative. His professional experience spans the sectors of finance, emerging markets, impact investing and political and economic development. He is available to discuss his findings with media.

The term “impact investing” is often used interchangeably with terms like “sustainable finance,” “socially responsible investing” and “ethical investing,” Gonzalez said. “While these terms capture the notion of combined returns, impact investing is a separate category and needs to be clearly differentiated,” he said. “In contrast to these three investment approaches, which seek mainly to avoid social harm, impact investments actively intend to generate positive social and environmental impacts and, in doing so, are willing to tolerate a higher level of risk.”

Gonzalez said impact investing seeks combined returns by channeling funds into entities that provide goods and services to economically disadvantaged people. In its attempt to generate combined returns, impact investments focus on countries and markets where poverty and exclusion are particularly prevalent. These investments are often privately rather than publicly held and can be structured for any sector.

The climate for impact investing in Latin American is favorable, Gonzalez said. “The region weathered the recent global recession well, and it has been an important contributor to the global recovery, despite some challenges of late,” he said. “On the other hand, in the past decade, Latin America made important progress in terms of strengthening institutions and reducing poverty, although there are still outstanding challenges in both democratic governance and income distribution. Poverty rates have dropped from 48 percent of the population in 1990 to around 31 percent today. What’s more, in the last decade the actual number of people living in poverty has declined from 221 million to fewer than 180 million. Despite such remarkable improvement, income gaps are still wide. Impact investors can play an important role in helping the many millions still in need of viable solutions for better housing, education, health services and access to credit.”

Impact investing in Latin America, in the form of capital committed by funds, increased from $160 million in 2008 to roughly $2 billion by the end of 2014, according to the Global Impact Investing Network and JPMorgan’s latest annual survey. This represents growth by a factor of 12 in just six years, which is indeed encouraging, Gonzalez said. “It allows new sources of capital to provide economic solutions for the 164 million people (28.2 percent of the population) who remain marginalized and in poverty across Latin America.”

Despite its relative early stage of maturity, impact investing is fully aligned with the recently concluded United Nations Third International Conference on Financing for Development, which enacted the Addis Ababa Action Agenda as a foundation for countries to finance and adopt the recently agreed-upon Sustainable Development Goals agenda, Gonzalez said.

“Financing is considered the linchpin for the success of this new global partnership,” he said. “More flow of private investments along with public policies and regulatory frameworks will set the right incentives to achieve sustained and prosperous global economic and social growth.”

Gonzalez is currently the head of research and advisory at responsAbility Investments, based in Paris. He is also an associate fellow at Oxford University’s Saïd Business School, a board trustee of the Wenner-Gren Foundation for Anthropological Research in New York City and a member of the advisory board of the Center for Executive Education at the University for Peace in San José, Costa Rica.