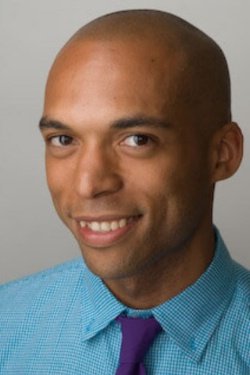 (Washington, DC, December 1, 2015)—Today, the National Center for Lesbian Rights (NCLR), the Human Rights Campaign (HRC), and the Center for HIV Law and Policy (CHLP) launched a new public education and outreach campaign to raise awareness of the harms associated with HIV criminalization and the disproportionate impact that these laws have on the LGBT community and, in particular, LGBT people of color.

The social and digital media campaign, #EndBadHIVLaws, encourages people to get involved in the fight against HIV criminalization. The campaign’s website features a new educational video and companion guide that provide a brief overview of the history, ineffectiveness, and consequences of HIV criminalization laws.

“As we recognize World AIDS Day today, we celebrate how far we have come since the beginning of the epidemic. However, we must remember that we have much more work to do. Bias towards those living with HIV still remains despite the significant gains we have made in HIV prevention and treatment,” said NCLR Policy Counsel Tyrone Hanley. “This campaign is a great collaborative first step to raise public awareness of the harmful impact of HIV criminalization laws and end HIV stigma. These laws hurt the most vulnerable members of society and we will continue to fight against them—including calling for their repeal.”

“It is a huge boost to this work to have an organization with the reach and sophistication of HRC join in this fight. We are looking forward to great things and measurable progress,” added CHLP Founder and Executive Director Catherine Hanssens.

“As work continues to end the HIV epidemic, we must also eradicate the stigma surrounding HIV – including modernizing laws that are rooted in fear, not science,” said HRC President Chad Griffin. “These laws do not reduce HIV, and only serve to increase confusion and shame. When 51 percent of young gay and bisexual men don’t even know they have HIV, laws that penalize people for getting tested to determine their status aren’t just outdated, they’re dangerous. With condoms and the availability of pre-exposure prophylaxis (PrEP) regimens, individuals have more prevention options than ever. We are pleased to be working with NCLR and CHLP on this project, which builds on our important HIV and AIDS educational efforts generously supported by the Elton John AIDS Foundation. We join our partners in the firm belief that an AIDS-free generation is within reach."

The collaborative launched the campaign in conjunction with Worlds AIDS Day, which is being held today around the globe to recognize the global struggle against HIV/AIDS. In the United States, it is estimated that 1.2 million people are living with HIV. While HIV impacts all communities, it continues to disproportionately impact communities of color, particularly black gay and bisexual men. The Center for Disease Control estimates that while 4 percent of the male population in the United States are men who have sex with men, male-to-male sexual contact represented two-thirds of all new infections in 2010. Specifically, nearly the same number of black gay and bisexual men were infected with HIV in 2010 as white men even though white men make up more of the total number of the gay and bisexual community.

Although public health officials, advocates, and international organizations have called for reforming or repealing HIV criminalization laws, over 30 states, 2 territories, and the federal government still have HIV-specific criminal statutes.