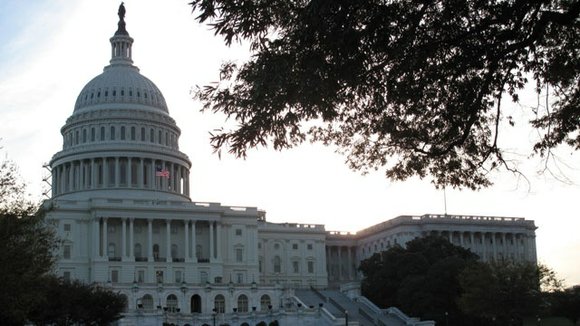 House Democratic leaders won't say how they will vote on the measure, but the number two Democratic leader told reporters on Tuesday that Republicans will find it easier to attract support if they leave out controversial policy provisions.

WASHINGTON (CNN) -- Democratic Rep. Diana DeGette on Tuesday tied Republicans' anti-Planned Parenthood rhetoric to the shooting at one of the organization's clinics in Colorado.

The lawmaker from Colorado said eight Republicans on a select House committee investigating Planned Parenthood have used the phrase "baby body parts" -- or one like it -- 33 times since July.

Her comments came after a law enforcement official told CNN that the suspect accused of carrying out the shooting spree, Robert Lewis Dear, made remarks about "baby parts" to investigators after his surrender.

It's a reference to videos that purported to show Planned Parenthood officials discussing fetal tissue for research.

On Tuesday, Democratic members of the committee called on House Speaker Paul Ryan, R-Wisconsin, to disband it and end its work.

"In the last several months, we have seen an uptick in violence against women's health centers that perform abortions. We cannot live in a society where women are afraid to go to their doctor," the six Democrats said in a joint statement.

Ryan on Monday morning said it's time for Congress to take action on mental health issues.

"Clearly we can do more," Ryan said Tuesday, adding, "One common denominator in these tragedies is mental illness. That's why we need to look at fixing our nation's mental health system."

Ryan called the incident "appalling" and said "justice should be swift."

"The speaker addressed the shooting this morning. There are no plans to disband the committee," she said.

The panel's Democratic members said they won't boycott future hearings if it's not disbanded.

GOP presidential candidates have also pushed back, saying Democrats are politicizing a tragedy.

"Every time you have some sort of violent crime or mass killing, you could almost see the media salivating, hoping desperately that the murderer happens to be a Republican so they can use it to try to paint their political enemies," Texas Sen. Ted Cruz said Monday in Iowa.