Clinton on Trump: 'I no longer think he is funny' 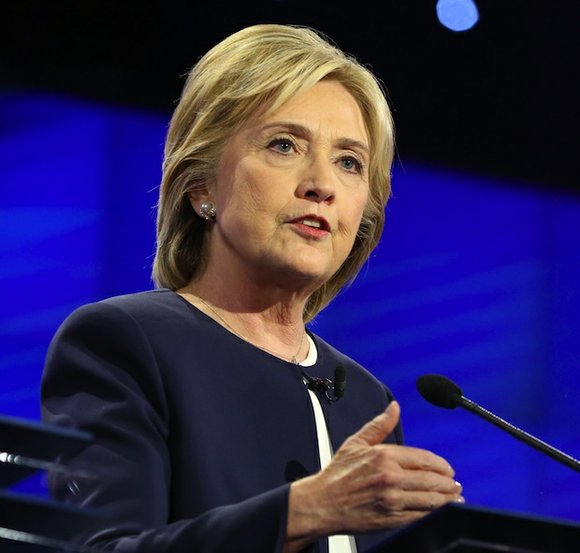 Hillary Clinton at the CNN Democratic Debate at the Wynn Hotel in Las Vegas, Tuesday, October 13, 2015.

NEW YORK (CNN) -- Hillary Clinton used to think Donald Trump's large-than-life presidential campaign was something to laugh about. But that changed after his recent comments about Muslims, she said Thursday.

"I have to say Seth, I no longer think he is funny," she said during an interview on NBC's "Late Night with Seth Meyers" that was set to air early Friday morning. "I think for weeks you and everybody else were just bringing folks to hysterical laughter, but now he has gone way over the line. And what he is saying now is not only shameful and wrong, it is dangerous."

Trump released a written statement earlier this week calling for the U.S. to ban Muslims from entering the country. He has forcefully defended the proposal despite widespread criticism from both Democrats and Republicans.

Clinton has responded bluntly to Trump's proposal, but has also tried to score political points by linking the broader Republican Party -- particularly those Republicans running for president -- with the bombastic front-runner.

"Some of his Republican rivals are saying that his latest comments have gone too far. But the truth is many of them have said extreme things about Muslims. Their language may be more veiled than Trump's but their ideas aren't so different," Clinton said during a town hall in New Hampshire on Tuesday.

Clinton has long used Trump's presidential bid as a laugh line in her otherwise wonky stump speech, with his name regularly eliciting boos and hisses from attendees. But lately, as Trump's candidacy has advanced from an oddity to having a real chance to capture the GOP nomination, Clinton has started to use more grave terms to describe the man with whom she used to be friendly.

Thursday night's interview was Clinton's fourth appearance on a late night TV show so far this campaign. She has also sat down with Jimmy Fallon, Stephen Colbert and Jimmy Kimmel.