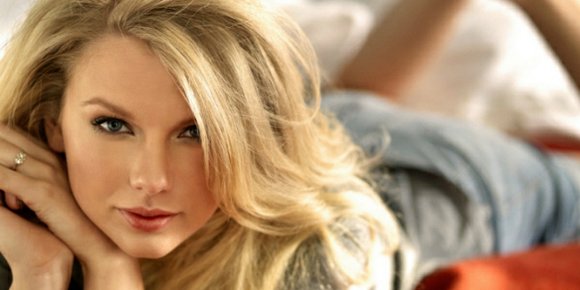 (CNN) -- Is the world ready for two Taylor Swifts?

The Internet didn't seem to be when the singer, who celebrated her 26th birthday Sunday, posed for a photo with lookalike Olivia Sturgiss after the pair met in Australia over the weekend.

The meeting in Melbourne was documented by Sturgiss' friend Kristy Lee, who posted a photo of herself with the two and a caption reading "Charlie's Angels" as they did the signature pose from the classic TV series. In the comments, Lee explained that the singer "had seen us on tumblr and saw that Liv lost her mum and wanted to send her condolences in person."

Lee has posted quite a few photos of her friend that show a remarkable resemblance to the superstar. With her bobbed blonde hair, svelte physique and red lipstick, Sturgiss could probably fool a Swiftie at first glance.

On one split-screen photo of Sturgiss dressed as Swift and wearing matching shades, Lee wrote, "Liv freaking me out."

Swift's "1989 World Tour" wrapped on Saturday in Australia after seven months, and Sturgiss wore a familiar outfit the show.

A picture from the concert posted by Lee shows her BFF rocking a silver sequined crop top and a matching skirt that looks decidedly Taylor Swift-like.