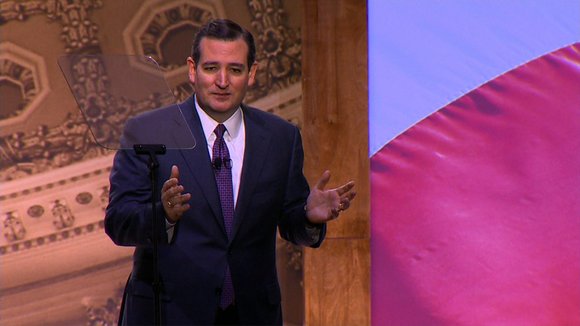 WASHINGTON (CNN) -- The stakes are high ahead of the CNN Republican presidential debate in Las Vegas and this time, all eyes are on Donald Trump and Ted Cruz.

As Cruz surges in Iowa and Trump maintains a lead nationally, they are both rising in CNN's Political Prediction Market, an online game that factors polls and other user data to predict outcomes for the 2016 election.

While Marco Rubio continues to lead the GOP pack, with a 33% chance that he'll win the nomination in the Prediction Market, Cruz is now a close second at 30% and Trump is third at 28%.

CNN's Political Prediction Market, administered by the firm Pivit, factors polls and other elements and invites users to predict where the election will go. The markets change as the public weighs in on the increasing or decreasing chance that a candidate or party wins or loses an election. It should not be confused with a survey from real voters.

To put things in perspective, after a strong showing at the last Republican debate hosted by Fox Business, Rubio's odds of winning the nomination were 45%, jumping 32 points since the first CNN Republican debate on September 16.

However, Rubio's support in polls has not shown nearly that level of increase. And in light of the Trump-Cruz grab of evangelical voters in Iowa, Rubio is now making a play for "traditional values" voters with a new campaign ad targeting those who Rubio says "feel out of place in our own country."

After the last Republican debate on November 10, Trump was in second place, as his odds of winning the nomination were 20%, while Cruz's were 11%. In about a month, Cruz has jumped 19 points.