What's behind the Cruz/Rubio immigration fight? 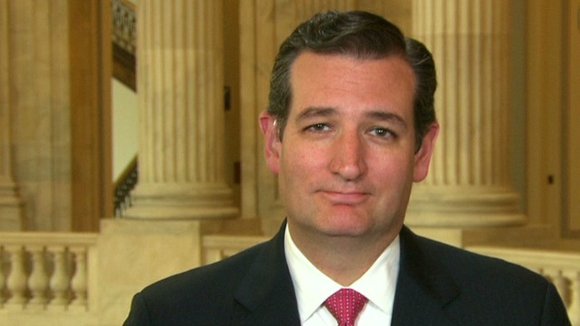 WASHINGTON (CNN) -- Marco Rubio and Ted Cruz are steadily ramping up their attacks on each other's immigration records, especially as the two Republican presidential candidates are rising in the polls and increasingly on a collision course to take on front-runner Donald Trump.

But the seeds of their tussle were planted years ago in the Capitol, when both freshmen senators were on opposite sides of the immigration battle.

The issue that is front-and-center for both candidates. Sons of Cuban immigrants, the 44-year-old Republican stars are running for president at a time when the GOP is trying to make inroads with Hispanic voters. But they are also running against Trump, who is dominating polls partially because of his hardline stance on immigration, including building a wall on the border with Mexico and banning all Muslim travel to the U.S.

Here's a look at the Rubio-Cruz immigration showdown:

What are they fighting about?

Rubio's leadership on the 2013 bipartisan Gang of Eight comprehensive immigration reform bill is widely viewed as a potential hurdle as he pursues the GOP presidential nomination.

The bill, in addition to border security measures, would have created a pathway to citizenship for undocumented immigrants in the U.S. if they met certain criteria and paid a tax penalty.

Cruz, however, joined the chorus of conservative critics of the Gang of Eight bill. He decried the path to citizenship as "amnesty" and cemented his reputation as a hardliner on immigration.

Rubio, facing immense pressure from the right and the reality that the GOP-controlled House was not even going to vote on the measure, began walking back his support soon after it passed the Senate.

But Cruz's record with the bill is a bit more complicated than outright opposition: He offered a handful of amendments that would have removed the pathway to citizenship and streamlined visa programs.

Where does Rubio stand now?

The Florida senator was not only an author of the controversial bill, but also waged a dedicated public relations campaign to sell it to conservative media outlets.

But as it increasingly became clear it was dead on arrival in the House and despite delivering an impassioned floor speech in late June 2013, by October, Rubio had significantly changed his approach. He began advocating for piecemeal reform -- beginning with border security -- as opposed to comprehensive legislation like the bill he initially helped to author.

"I think it gets easier to address that issue if we deal with some of the other issues first and that's why I've favored the sequential, individual bills," Rubio said on CNN in October 2013. "I think if people have real confidence that the law is being enforced, that we're not going to have this problem again, that there's real border security, I think you buy yourself more space and more flexibility in finally dealing with those that are here illegally."

Rubio has more or less maintained that position since.

"I personally am open to allowing people to apply for a green card," he added. "That may not be a majority position in my party, but that's down the road. You can't even begin that process until you prove to people ... you're gonna bring illegal immigration under control."

And what about Cruz?

The Texan, for his part, has always sought to position himself as tough on immigration and border security. His campaign features a quote from conservative radio icon Rush Limbaugh extolling Cruz's work opposing the Gang of Eight bill on its website.

"Ted Cruz led the fight against the establishment. We would be living under amnesty right now if Cruz had not succeeded," Limbaugh is quoted as saying.

In fact, Cruz's first appearance on Limbaugh's show was to criticize the bill, repeating his still go-to message that it would support amnesty while promising border security at a later date.

But Cruz got attention in 2013 for trying to thread the needle on immigration -- supporting an increase in guest worker visas but opposing a path to permanent status -- and even some conservatives turned on him as not fighting amnesty hard enough.

For his part, Cruz has said the amendments were all political gamesmanship. In particular, the effort to strip the pathway to citizenship, leaving legalization in place, was designed to be a "poison pill" that would destroy the bill, according to Cruz's campaign spokesman Rick Tyler.

By offering his amendments, Cruz intended to show that the true intention of the bill authors -- including Rubio -- was amnesty.

Why do their differences matter?

The dance is not mere gamesmanship.

Both candidates are hoping to build enough momentum to win the GOP nomination, and their success could come down to which one is seen as the truer standard bearer for conservatives. They see an opening to make their opponents' assets seem like a liability, and are revealing their strategy to fight back.

As the recent debate showed, one of Rubio's approaches to neutralize Cruz is to link their positions.

Rubio pointed to the fact that Cruz has backed quintupling the number of visas in the controversial H-1B program, which encourages legal immigration for highly skilled foreign workers. Cruz's support for that program has been a way to insulate himself not just from a base quick to label any moderation as amnesty, but also from his unwillingness to say what he would do with the 11 million undocumented immigrants in the United States.

"I'm always puzzled by his attack on this issue," Rubio said in the debate. "Ted, you support legalizing people who are in this country illegally. Ted Cruz supported a 500% increase in the number of H-1 visas, the guest workers that are allowed into this country, and Ted supports doubling the number of green cards."

Of late, Cruz had avoided giving a straight answer on what he actually supported in terms of the individuals currently in the country illegally, avoiding such questions about whether or not he supported Trump's call to send all undocumented citizens back to their country of origin.

But in Tuesday's debate, he said unequivocally he had never -- and would never -- support legalizing them in any way.

"I have never supported legalization, and I do not intend to support legalization," Cruz said. "There was one commentator that put it this way that, for Marco to suggest our record's the same is like suggesting 'the fireman and the arsonist because they are both at the scene of the fire.' "