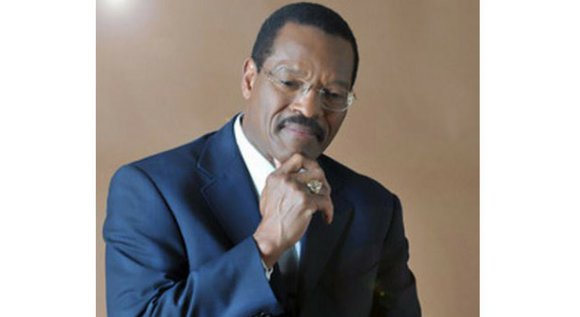 As detailed in court documents filed on Friday, December 11, 2015, in Orlando, Florida, “Over the past several months, Mr. Carter has engaged, and is threatening to continue engaging, in outrageous and malicious attacks upon Bishop Blake that should be punished to the maximum extent under the law. Mr. Carter has viciously used the Internet to falsely profess to the world that, among other things, Bishop Blake is immoral, homosexual and a pedophile. Mr. Carter’s goals are to destroy Bishop Blake’s stellar reputation, interfere with his relationship with Church Of God In Christ, Inc. (“COGIC”), and drive visitors to Mr. Carter’s websites where he seeks to illegally profit off of Bishop Blake’s good name.”

Uleses Henderson, General Counsel for COGIC states, “Bishop Blake refrained for several weeks from taking action against Mr. Carter hoping that Mr. Carter would have a change of heart and would, on his own, retract his false and defamatory accusations and apologize to Bishop Blake for the harm he has caused to his family. Unfortunately, Mr. Carter has not done that and, instead, has escalated the nature of his false accusations, such that they are now extremely inflammatory and reckless. Accordingly, Bishop Blake is now compelled to file this lawsuit.”

The complaint continues, “Mr. Carter, who is a COGIC minister, delivered a sermon against homosexuality at the 2014 Holy Convocation, during which he made an inappropriate statement beneath the dignity of COGIC and its divine calling … As a result of Mr. Carter’s inappropriate statement, COGIC received a backlash of negative publicity, from within the church and from the outside media. In his role as Presiding Bishop, spokesman and leader of COGIC, Bishop Blake publicly apologized for Mr. Carter’s inappropriate statement, while reaffirming the Church’s teachings about homosexuality. Mr. Carter perceived Bishop Blake’s apology as throwing Mr. Carter “under the bus. Shortly after the apology, Mr. Carter embarked on a vicious campaign to attack Bishop Blake’s character, ruin his reputation and have him ousted from COGIC leadership.”

Henderson continues, “While COGIC believes that homosexuality is a sin, COGIC believes that the Bible commands us to speak the truth in love. Bishop Blake believed that, while Mr. Carter’s overall message was consistent with COGIC’s beliefs, the brash and graphic nature of some of Mr. Carter’s remarks were offensive to many and did not reflect the views of COGIC. As the leader of COGIC, Bishop Blake felt that he was obligated to protect the reputation and views of the Church.”

Well-respected ministers, who were mentioned in Carter’s videos have offered support for Blake. The complaint notes, “In the Flyer and YouTube videos, Mr. Carter has falsely attributed various untrue and defamatory statements about Bishop Blake to certain individuals who categorically deny that any of those allegations are true, while others have no first-hand knowledge of the untruths Mr. Carter asserts to be factual…

Specifically, Bishop Patrick Wooden, a COGIC pastor for 34 years, declares in a written document that Blake, “is a devoted family man who has been married to his wife for decades. I have spent substantial time around Bishop Blake and his family. He is heterosexual. He has never said or done anything in my presence which in any way expressed or suggested – whether explicitly or implicitly – that he is gay or sexually attracted to men, or that he had engaged in any sexual conduct with another man. Mr. Carter’s accusation that Bishop Blake is a practicing homosexual is a particularly offensive and incendiary allegation…”

Dr. David Wright, a medical doctor and pastor of the Community Church Of God in Christ, declared, in response to Earl Carter’s repeated defamatory allegation that a grandmother confided in him about alleged improper conduct with her grandson, “Specifically, I am not privy to any information that would support Mr. Carter’s charge that Bishop Blake is a pedophile or child molester. Bishop Blake has never, to my knowledge, engaged in any improper conduct with any minor, young adult, or anyone else. I am also not aware of any “grandmother” who claims that Bishop Blake molested her grandson.”

Many respected preachers have submitted letters of support for Blake. The letters are located on COGIC.org. Bishop James L. Whitehead, Jr. andBishop Roger L. Jones, who have known Blake for over 50 years, offered letters attesting to Blake’s integrity since the days of his youth. Whitehead wrote, ”During the 52 years I have known Bishop Blake, I have never, never, never, seen the slightest indication that he had any inclinations other than being 100% male.” Jones wrote, “During our many years in this church as young ministers, I cannot say that I have observed any inappropriate behavior … At all times I have found Bishop Charles E. Blake, Sr. to be above reproach; any suggestions, allegations or accusations otherwise, are despicable and ungodly!”

The declaration of Wooden further pronounces, “Bishop Blake is not a thief or embezzler; he has not misused or misappropriated Church funds. COGIC is run by a Board of Directors, and its accounts are independently audited. I am not aware of any credible allegations of financial impropriety on the part of Bishop Blake, and I have never witnessed any such conduct in the almost 20 years that I have known him.”

The lawsuit is an action for damages in excess of $75,000.00, as well as for injunctive relief, based on Mr. Carter’s blatantly false and outrageous public statements about Bishop Blake.