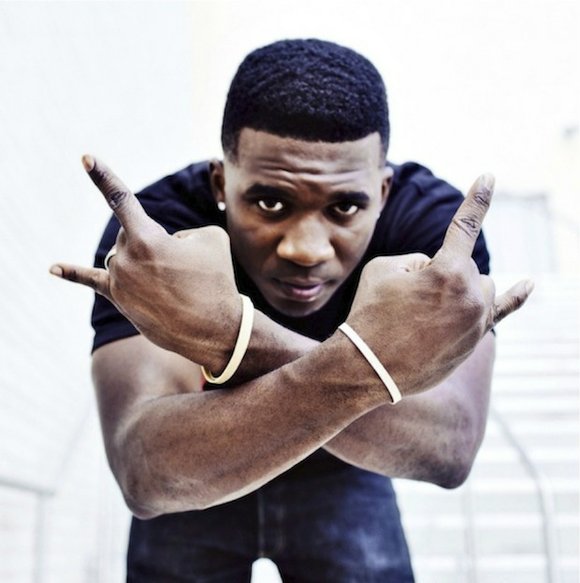 In today’s society, it is a rare sight to see young men giving their lives to Christ at an early age while fighting the everyday struggles faced growing up in the hood. Hailing from Houston’s South Park neighborhood, Christian Hip-Hop artist Corey Paul has shown that it is possible to live a purpose-driven life while doing what you love. A firefighter by day and a rapper by calling, Paul shows how Christian Hip-Hop rap artists in Houston are transforming lives and impacting youth across the nation. His new album, "Today, Tomorrow, Forever" is set to drop on Dec. 18.

Paul says that growing up, he was the epitome of a young, Black male from the hood with a strong Black mother to hold the family down while his biological father was absent due to suicide. With a drug-addicted stepfather in the home that abused his mother, Paul wanted a way out in order to express himself. At the age of 12, Paul turned to rapping in order to reveal his thoughts through music. “I was always a very emotionally in-touch person… I didn’t know what to do with none of that stuff, so I was like ‘Let me just try to get out of it.’” His initial way out was what he describes as the hustle route. That route included partying, seeking girls, pouring syrup, and popping pills, but at the age of 17, he found out that God was greater than anything that he used to fill the voids in his life. "Since then, my whole goal is to bring hope to the community I’m from, and the communities across the nation,” he said.

The final straw of living a reckless life came when a good friend of his talked him into going to church. Initially only going because his friend convinced him, Pastor West of Southeast Church revealed to him that no matter how bad he wanted to get his family out of a bad predicament, he had to fix what was going on within him in order to win the real war. Paul, feeling as though nothing else seemed to work, listened to the pastor, and began to see the change in the life of not only him, but also his mother. After being led to Christ, he helped his mother in her walk as well. Paul’s family loves the fact that he has decided to take another route through music and firefighting due to the noble and impacting nature of both passions. He said that, “Ultimately in my family, God has graced me to be the exception of that rule, so my people look at it like, ‘keep going, keep pushing,' so they love it.” Paul is also married to his sweetheart from 16 years old.

Throughout his journey of committing to a better life, it hasn’t always been easy. There were times when Paul questioned God’s presence in his life and the lives of the ones he loved and cared about. A question that he asked himself was “If He’s so great, then why are we struggling so much?” He further stated that, “The way that I came up, you just can’t unsee stuff, and so seeing a lot of stuff real young and then still being in the hood and exposed to it made me say, ‘I don’t know if God really sees us.’ I would try to rationalize, ‘Why would He let my homie get popped?’ or ‘Why would He let my cousin get cancer?’” Paul said that those thoughts stemmed from a feeble mindset and the devil trying to confuse him. “That was a tough spot to be in, but we made it out,” he said proudly.

Although it is clear that he loves all of the tracks on the album, Paul says he’s in love with “Live to See Forever,” a song that features a choir that consists of "his people,” up and coming singer Jordan Jones, and “100 in The Summer,” which has a rather different tempo.

Paul wants young people to understand that “The Lord is not surprised.” He further explained this statement by saying, "God ain’t shocked… He’s not taken off guard by nothing that happened in your life… This life that we’re living right now is a blink of an eye. It’s a warm-up before the race; it’s the snap of a finger... When our physical body dies in this world, we’re going to pass on to eternity to live forever… Everything the Lord is putting you through or allowing you to go through, the devil can’t do nothing to you unless he goes through God first.”