Paul on Cruz: 'He wants to have it both ways' 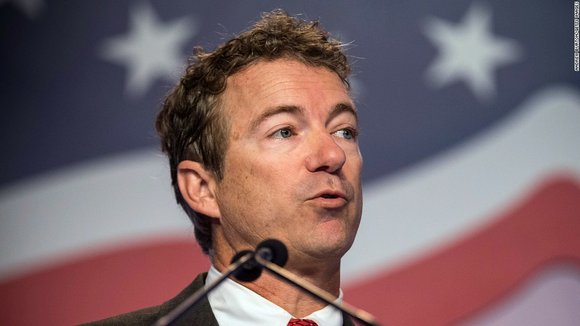 The Kentucky senator expanded his critique of Cruz, accusing him of flip-flopping on trade and U.S. government surveillance, too, in an interview Sunday with CNN's Jake Tapper on "State of the Union."

"I think on a number of issues, he wants to have it both ways, depending on which audience he's talking to," Paul said of Cruz.

It's the latest sign that Cruz's Republican presidential rivals sense his vulnerability on the issue, and comes just days after Marco Rubio attacked Cruz in the fifth GOP presidential debate.

At issue is an amendment Cruz pushed to a Rubio-backed immigration reform bill in 2013 that would have stripped out a portion of the measure to give undocumented immigrants a path to citizenship. The proposal would have replaced it with one that offered those immigrants legal status within the United States.

Cruz has defended that move, calling it a poison pill designed to sink the bill by forcing Democrats into an awkward position. The Texas senator has said he doesn't support a pathway to legal status for undocumented immigrants now.

But Paul said Cruz is trying to obscure his own history.

"That's what Cruz was for. He's been explicit about it. And now he says never, and he never did it," Paul said. "I think he should just admit that he changed his mind -- that he used to be for legalization but he's not anymore."

He also said Cruz had changed his position on trade promotion authority -- a measure that gives President Barack Obama the power to negotiate trade deals and send them to Congress for votes without amendments -- and on the Patriot Act.

Paul had harsh words for other Republican rivals -- including Rubio, the Florida senator.

Pressed on his own decision to run for president and re-election to the Senate at the same time, Paul instead hit Rubio for missing votes on big bills like the budget last week.

"The difference between Marco Rubio and I is I show up for work," Paul said. "I think he ought to resign or give his pay back to the taxpayer."