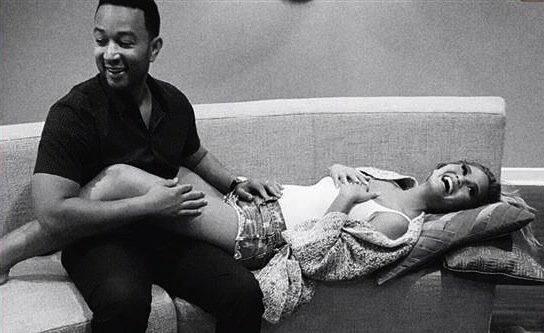 The other month, GOOD Music singer John Legend and his model girlfriend Chrissy Teigen revealed they were expecting a child together. Ahead of Christmas, Chrissy has made the big reveal as to the child's gender, by way of a new magazine cover.

Chrissy Teigen hopped on Instagram to share her new cover of Vogue Thailand. As she excitedly revealed the cover, she also revealed that moments after shooting it, she found out the two were expecting a baby girl. She wrote on Instagram, "So proud and honored to have shot the cover of Vogue Thailand! Special to me for so many reasons...one being I am SO PROUD to be Thai, so excited to have shot a Vogue cover (a dream, of course) annnnd a couple minutes after this shot, John and I learned we were having our little baby girl!"