Roseanne Not Shocked by Cosby Allegations; Wants Him to ‘Make it Right’ 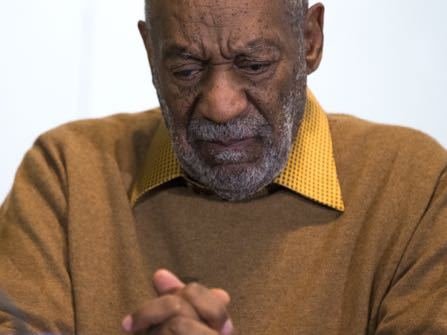 Despite mixed reactions over sexual abuse allegations aimed at Bill Cosby, Roseanne Barr is not surprised at all with what’s happening to her fellow TV icon.

“Now I’m really [going to get] in trouble—but, you know, like every woman in Hollywood—there’s hardly any hairdressers or waitresses or working women who don’t know somebody,” Barr said during an interview with “Access Hollywood.” “We’ve all heard it for a long time, and it surprises nobody. I have hopes that he would just make it clean and make it right.”

To date, Cosby has maintained his innocence regarding the accusations made by various women. The comedian’s lawyer released a statement late last year addressing the situation, saying, “Over the last several weeks, decade-old, discredited allegations against Mr. Cosby have resurfaced. The fact that they are being repeated does not make them true. Mr. Cosby does not intend to dignify these allegations with any comment.”

Although Cosby’s attorney is vigorously helping his client, Barr thought Cosby would’ve to take responsibility for the allegations. Still, she did voice a bit of hope that the funnyman will make things right.

“Maybe it’s not the end of it. I have hopes for this great comic. I do. I have hopes that he would just make it clean, and make it, you know, make it right, and I do think he could do that,” Barr said. “I mean, there’s none of us alive who can’t go, ‘I made a mistake. I had a really bad problem and I’m fessing up to it. And here’s a scholarship.’ You know, there’s a million ways around it to go. But there’s nothing more powerful than, ‘I am sorry.’”