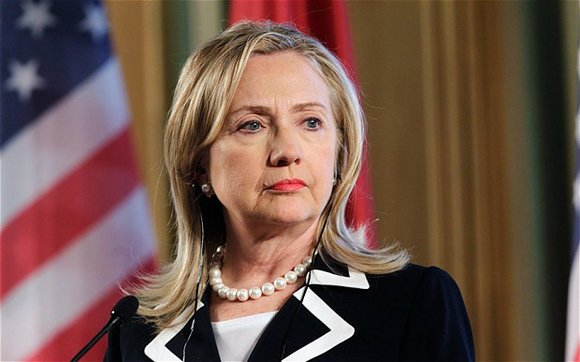 WASHINGTON (CNN) -- Hillary Clinton is leading top Republican contenders in three crucial swing states by hefty margins, but she has two scenarios where she could be evenly matched, according to a new poll.

Clinton has double digit leads over each of her would-be GOP foes for the presidency in Florida, Ohio and Pennsylvania, with the exception of ties in Florida when matched up against the state's former Gov. Jeb Bush and in Ohio against current Gov. John Kasich, according to a Quinnipiac University poll released Tuesday. No candidate has won the presidency since 1960 without winning two of those three crucial states.

Other native sons didn't fare as well against the former secretary of state, with Clinton still topping Florida's Sen. Marco Rubio 49% to 39% and also leading Pennsylvania's former Sen. Rick Santorum by 10 points in his state.

New Jersey Gov. Chris Christie flopped to Clinton by double digits in each of the three states, according to the poll, including in neighboring Pennsylvania where he caps at 39% to Clinton's 50%, according to the Quinnipiac survey of 881 voters in that state.

Clinton's lead in the polls also match her favorability ratings, which topped 50 percent according to Quinnipiac polling in all three states.

And the former first lady also owes some of her success to her appeal to women voters who gave Clinton an edge in every theoretical match-up. Even in Florida where she ties Bush, Clinton still wins over the female vote by an 11-point margin.

With 2012 Republican presidential nominee Mitt Romney opting out of the presidential race after spending three weeks leaning toward a third run, the GOP establishment has been looking toward Bush as the party's standard-bearer.

But the son and brother to two former presidents will have to overcome struggles with voters in Ohio and Pennsylvania, where he trailed Clinton by 11 and 15 points, respectively, according to the Quinnipiac survey of more than 900 voters in each state.

Christie, who is also ramping up his political operation and trying to seize on the vacuum of donors freed up by Romney, faces 11- to 18-point deficits against Clinton in the three swing states.

Other candidates offered up as the Republican alternative to a Clinton presidency include former Arkansas Gov. Mike Huckabee, a social conservative who loses to Clinton by at 15 to 20 points in the three states. Huckabee also sought the Republican nomination in 2008.

Sen. Rand Paul of Kentucky, who represents the libertarian wing of his party, also faces at least a 12-point deficit against Clinton in the swing states.

The poll is still a very early indicator of the race and Clinton, a former first lady and secretary of state, continues to enjoy a higher profile than the potential Republican candidates.sd