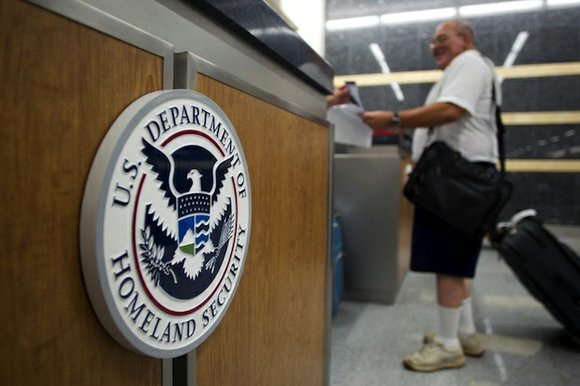 Security loopholes threatening U.S. airports are critiqued at a hearing before a House panel

(CNN) -- The day after a CNN investigation uncovered airport employees access airplanes and tarmacs without undergoing daily security screening, officials admitted that no one checks criminal backgrounds after workers are hired.

"It's fair to say that once an employee survives an initial background check ... which gives them access to the airport ... they don't go back and check criminal history?" asked Rep. John Katko, R-New York, chairman of a House Homeland Security subcommittee, on Tuesday.

"That is correct from my knowledge," said Gary Perdue, the FBI's deputy assistant director of counterterrorism.

These security loopholes and others threatening U.S. airports were critiqued at a hearing before the House Subcommittee on Transportation Security, where lawmakers questioned current regulations guiding airport security.

The hearing followed three recent breaches in Atlanta, including a gun smuggling operation in December, involving a Delta baggage handler and passenger. The baggage handler allegedly brought the guns to work, entered the gate area and passed the weapons onto a passenger who had already gone through security.

Miguel Southwell, the general manager of Hartsfield-Jackson Atlanta International Airport, where the breaches occurred, expressed support for implementing full screening of employees with access to secure areas of the Atlanta airport Tuesday, but he did not specify if and when this screening will begin.

"We recognize that 100% screening of airport employees has operational and cost challenges," Southwell said in his written testimony. "But the unmistakable fact, as recent events suggest, is that we need to be consistently vigilant in our efforts."

"Any system is only as strong as its weakest link," Southwell added.

Southwell said the Atlanta airport will begin reprogramming employee badges to limit the number of points employees can enter secure areas of the airport.

Mark Hatfield, the acting deputy administrator of the Transportation Security Administration, said the TSA is now examining these breaches to determine what investments and policy changes may be necessary.

Hatfield cited a 2008 study by the Homeland Security Institute that concluded random screening of airport employees proved nearly as effective as 100% screening, but he added an updated study could benefit current discussions.

Katko questioned the logic of spending billions of dollars per year on passenger screening while not implementing similar security for employees.

"What good is all the screening at the front door if we are not paying attention enough at the back door? The answer is common sense," Katko said

In 2014, the TSA performed 7,234 hours of random employee screening in Atlanta and 257,979 hours of nationally, but at Tuesday's hearing, Hatfield said the Atlanta breaches show U.S. airports remain "open" and "porous" to threats.