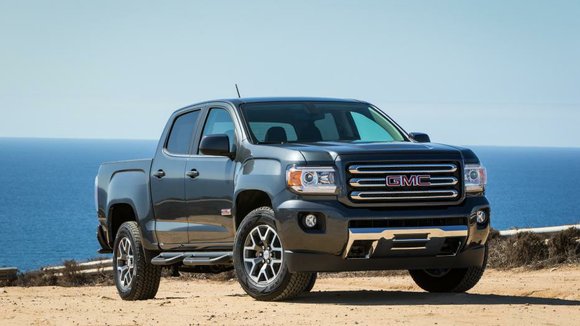 General Motors and FCA US today projected the seasonally adjusted pace of light-vehicle sales will come in slightly above forecasts of 16.5 million – another signal that the market started the year in the same way 2014 ended: with steady momentum.

Deliveries rose 18 percent at GM, slightly below projections, on a 42 percent gain in pickup volume and 36 percent rise in crossover and SUV shipments. Sales advanced 29 percent at GMC, 20 percent at Chevrolet and 2.6 percent at Cadillac. Volume slipped 5.5 percent at Buick.

At Ford Motor Co., volume rose 16 percent on a 16 percent gain at the Ford division and 11 percent increase at Lincoln.

Nissan Motor Corp. reported January U.S. sales of 104,107, a gain of 15 percent, with deliveries rising 16 percent at the Nissan brand and 7.3 percent at Infiniti. The company's light-truck deliveries rose 16 percent.

Fiat Chrysler posted a 14 percent increase in U.S. sales in January, matching forecasts, on another month of robust deliveries for the Jeep and Ram brands.

The automaker’s first sales report of 2015 marks its 58th consecutive month of increases. The growth parallels a U.S. market that shows no signs of slowing and is projected to rise for a sixth straight year.

“In spite of some tough 2015 comparisons, we remain confident in our ability to post year-over-year sales increases on the back of strong retail demand for our products,” Reid Bigland, head of U.S. sales for Fiat Chrysler, said in a statement.

Other automakers will report January results later today. Deliveries at the six largest automakers are estimated to increase by more than 10 percent from a year earlier. That’s when the coldest January in two decades across the contiguous U.S. states kept U.S. consumers largely out of showrooms.

The annualized selling rate, adjusted for seasonal factors, is projected to rise to 16.5 million cars and light trucks -- the fastest January pace in nine years -- from a 15.3 million pace a year earlier.

FCA US today estimated the SAAR will come in at 17 million, including roughly 300,000 medium and heavy duty trucks. GM, in a statement, pegged the January light-vehicle SAAR at 16.6 million.

Overall, light-vehicle sales are forecast to reach 1.16 million for the month, a 14 percent increase from a year earlier. Analysts estimate that sales at Honda Motor Co. will increase by 13 percent.

The improving U.S. job market and falling gasoline prices will likely add 200,000 more light-vehicle sales this year than analysts estimated just two months ago, according to a new survey by Bloomberg.

After a strong finish to 2014 -- November and December were two of the year’s three best months -- most analysts surveyed by Bloomberg raised their 2015 estimates, increasing the average projection to 16.9 million deliveries.

As recently as mid-November, analysts estimated 2015 light-vehicle sales would rise about 200,000 to 16.7 million.

“Number one, the U.S. economy is showing more strength today, and we adjusted our figure based on the jobs reports,” said George Magliano, senior principal economist at IHS Automotive and an analyst who contributed to the survey. “Number two, energy and oil prices falling are a big boost for consumer confidence, and people are going out and buying cars and trucks,” Magliano said.

Kelley Blue Book said today the average transaction price for light vehicles in the U.S. rose 5.2 percent to $33,993 in January 2015 from a year earlier.

“Lower gas prices are helping with what has already been a growing market for truck and utility vehicles,” said Alec Gutierrez, senior analyst for Kelley Blue Book. “In turn, these vehicles are driving increases in average transaction prices across the industry, especially among the domestic automakers.”

“People are more confident, and they have more money in their pockets to spend on cars,” said Beau Boeckmann, president and owner of California’s Galpin Motors, the largest Ford retailer in the country. “The pent-up demand, especially for trucks, is what we’re going to see in 2015. It’s definitely the year of the truck.”

"I sold four more units this year," Pugh said, adding the 2015 Cruze and Equinox, and the 2014 Silverado, were top sellers at the dealership for the month.

January is typically a slower sales month, as it usually follows a wave of holiday discounts and promotions that drive deliveries. Sales were particularly strong in November, when the annualized rate reached 17.2 million, and December, when it was 16.9 million.

Early in 2014, severe winter weather suppressed new-vehicle demand. But the sales lost in January were made up in later months, and 2014 light-vehicle sales eventually totaled 16.5 million, the most since 2006.