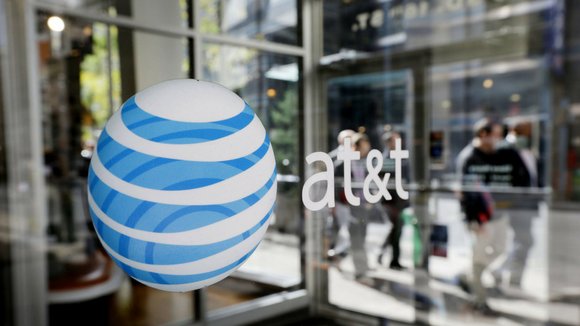 NEW YORK (CNNMoney) -- The FCC has only just suggested that it will make high-speed Internet a public utility -- yet AT&T is already throwing a punch.

AT&T says the Federal Communications Commission will lose a legal battle if it increases Internet regulation the way it proposes to.

FCC Chairman Tom Wheeler wants to prevent Internet providers from blocking certain websites consumers want to visit. Or charging extra to Netflix or YouTube for fast lanes to your home.

Wheeler is leaning toward heavier regulation of the Internet, and he's set to propose new rules on Thursday. By making broadband a public utility, the FCC would gain far more oversight of the kinds of network-access arrangements that Internet providers make with content providers, such as Netflix and Google

But on Monday, AT&T made a preemptive strike. AT&T lawyer Hank Hultquist wrote the FCC two letters saying its proposed rules won't hold up in court.

It's a thinly veiled threat that the company will eventually sue to stop the FCC from asserting that kind of authority.

What's brash about this is that the FCC hasn't even formally proposed the rules yet -- much less voted on them. But telecoms are already gearing up for a legal battle.

First, it says the FCC can't view Internet providers as telecom-like utilities, because the FCC itself labeled them "information providers" back in 2002.

Second, it says the FCC hasn't conducted a study to prove that Internet providers in a certain geographic area act like monopolistic "common carriers," like the old Bell System.

Hullquist said those who believe the FCC is using "bullet proof legal theories are only deceiving themselves," said Hultquist, AT&T's lawyer.

The FCC hasn't yet provided comment to CNNMoney about the letters. But in an interview with CNET last month, Wheeler said he's ready for battle.

"We think we have a clear legal case," Wheeler said. "I can assure you that we are writing this with the full expectation that it will be reviewed by the court, so we will make sure we are on sound footing."

Companies like Google and Netflix support the FCC's proposal. They won't have to pay extra for flooding networks.

Companies like Comcast, Time Warner Cable and AT&T oppose it. They built these networks and, like a bridge toll, they want to charge for fatter trucks.