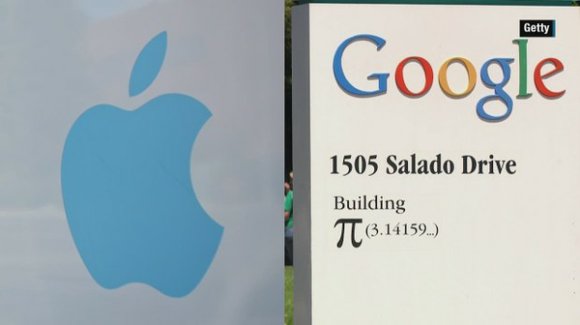 "Rigid electronic devices may be vulnerable to damage in the event of an impact such as a drop of the device on a hard surface," the patent reads. "It would therefore be desirable to be able to provide improved electronic devices."

Sure, there's disagreement about how to best ensure net neutrality -- an Internet where the cable owners don't discriminate between the traffic on their networks.

But one thing is certain: Internet providers have played dirty in the past. In fact, they've done exactly what FCC Chairman Tom Wheeler's proposal aims to stop.

Here's a list of bad behavior that would be corrected.

Verizon can't block Google Wallet on your smartphone, like it did In 2011. And it similarly can't block the PayPal phone app's fingerprint authorization, like it did earlier this year. Why has Verizon been so aggressive with tap-to-pay technology? Verizon has actually teamed up with AT&T and T-Mobile to develop its own payment option, Softcard.

If an app or service exists online, your mobile carrier wouldn't be able to prevent you from using it on your smartphone.

Your phone carrier can't block tethering apps, which turn your phone into an Internet hotspot for your laptop or tablet. AT&T, Sprint, T-Mobile and Verizon -- they've all done it.

Until the FCC stopped it in 2012, Verizon blocked tethering and charged an extra $20 per month. That was deemed unfair, because you already pay for data, and tethering is something your phone is already built to do for free.

AT&T still restricts it (unless you're on a special plan). But the new FCC rules would let you download tethering software anyway.

AT&T can't block video chatting apps. In the past, the phone carrier blocked FaceTime on Apple devices and Google Hangouts on Android devices. And for a time, it only allowed them on phones if customers ditched their unlimited data plans.

Again, its about not discriminating what's on the network. What's the difference between a video chat and an email? They're just 1s and 0s anyway.

Comcast can't slow down file-sharing websites, like it did to BitTorrent a few years ago. Internet providers in the United States routinely throttle -- or dial back -- the speed of your connection if you're caught using file-sharing services.

It's worth noting that file-sharing software isn't illegal -- even if it's so commonly used for pirating movies and music. These services can be used to share all kinds of projects.

Companies interrupt or slow down BitTorrent traffic 14% of the time, according to researchers at M-Lab. Among the nation's giant Internet providers last year, Cox was the worst at 13%. Verizon's home Internet service wasn't too far behind at 9%.

Wheeler's strict stance at the FCC would stop this. Companies can't decide to throttle just because you're sending or receiving certain content or using a specific type of software, service or device.

Ah, but there are exceptions

Don't confuse proposed FCC net neutrality rules with other cable and phone company shenanigans. They won't affect data caps on your phone, like T-Mobile's Music Freedom, the agency told CNNMoney. And your phone company can still -- annoyingly -- throttle your data, because that decision is about the amount of data, not what you're downloading.

The FCC can already use existing powers to chase after companies for those things.

For more information go to "http://www.cnn.com