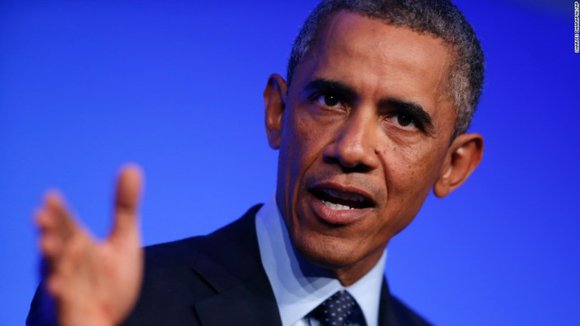 This week, the President proposed critical investments to help combat the growing problem of opioid addiction throughout the country. Opioids are a class of drugs that include heroin as well as prescription pain killers such as Vicodin, oxycodone, and morphine.

Addiction to and abuse of opioids have risen exponentially in recent years, taking a heartbreaking toll on individuals and their families, while straining law enforcement and treatment programs. More people now die every day from drug overdoses than from traffic crashes, and the majority of drug overdose deaths are caused by prescription opioids and heroin. Overdose deaths involving prescription pain relievers rose more than 300 percent from 1999 through 2011, leading the Centers for Disease Control and Prevention (CDC) to declare these deaths an epidemic, and the deaths associated with heroin have increased significantly for the last three years.

In 2011, the Administration released the Prescription Drug Abuse Prevention Plan outlining strategic steps for a “whole of government” approach to combatting this challenge. To implement the plan, the Department of Justice (DOJ) finalized new rules making it easier for consumers to dispose of unused prescription drugs, Medicare enhanced its oversight of Part D utilization of these drugs, the Substance Abuse and Mental Health Services Administration released a toolkit to help communities combat opioid overdose, and CDC conducted new analysis on the variation in opioid prescribing among states.

To build on these efforts, the President’s FY 2016 budget proposed critical investments to intensify efforts to reduce opioid misuse and abuse, including $133 million in new funding to support the following activities:

Overdose prevention efforts—including identifying those at risk of overdose and the signs of overdose, and expanding the use of naloxone—are key pieces of the Administration’s strategy to address the opioid overdose epidemic. Naloxone is a medication that reverses opioid overdoses and saves lives. The Administration also continues to support the Drug-Free Communities Support Program to help community-based coalitions prevent youth substance use.

· The Administration’s FY 2016 Budget for the Department of Health and Human Services includes new funding for CDC to address opioid abuse, including:

o $48 million in new funding to strengthen and evaluate state-level prescription drug overdose prevention, including a major expansion of the Prescription Drug Overdose Prevention for States program to support efforts to reduce overdoses from opioids, as well as from other drugs. This investment would leverage existing activities funded through the Bureau of Justice Assistance’s Harold Rogers Drug Monitoring Program (PDMP) and bring total CDC funding for this state prevention program to $68 million. These funds would support grants to all 50 states and Washington, DC, for improvements to prescription drug monitoring programs, such as interstate interoperability and improved proactive reporting. Grants will also support national-level activities, including patient safety improvements and enhancements in data quality and monitoring with an emphasis on real-time mortality data.

o $5.6 million in new funding for the CDC to address the rising rate of heroin-related overdose deaths by working to collect near real-time emergency department data and higher quality and timely mortality data by rapidly integrating death certificate and toxicology information.

· The FY 2016 Budget for HHS’s Substance Abuse and Mental Health Services Administration (SAMHSA) includes $12 million for a new program to provide grants to 10 states to significantly reduce the number of opioid overdose-related deaths and help states purchase naloxone, equip and train first responders in high-risk communities on its use, support education on the use of naloxone and other overdose death prevention strategies, and support dissemination efforts.

· The Budget also proposes to establish a program in Medicare Part D to prevent prescription drug abuse by requiring that high-risk beneficiaries obtain controlled substances only from specified providers and pharmacies.

· The Budget also requests $5 million in new funding for the Office of the National Coordinator for Health Information Technology to improve the integration of Prescription Drug Monitoring Programs with health information technology.

Medication-Assisted Treatment (MAT) is an important tool for the treatment of opioid use disorders, but is too often out of reach for vulnerable populations. Expanding access to MAT will help more individuals sustain their recovery from opioid use disorders.

· The FY 2016 Budget includes $13 million in new resources for SAMHSA to expand or enhance MAT and other clinically appropriate services for persons with opioid use disorders through grants to states. This program will fund technical assistance and treatment services to communities with the greatest need.

· The Budget includes $5 million in new funding for HHS’s Agency for Healthcare Research and Quality to conduct a robust review of evidence and evaluation regarding MAT in primary care settings as well as grants to develop and test new methods, processes, and tools for better implementing these treatment strategies.

Medication-Assisted Treatment for Individuals in the Criminal Justice System

· The DOJ’s Bureau of Prisons budget contains $2.2 million in new funding to help provide appropriate substance abuse treatment for all eligible inmates and to support an expansion of the BOP Medication-Assisted Treatment Pilot.

· $1.8 million in new funding is included in the FY 2016 Budget for the IOC-2, which provides a single venue for the law enforcement and intelligence communities to oversee operations against the most dangerous transnational organized crime groups. The IOC-2 was created to serve as the focal point for U.S. law enforcement efforts against transnational organized crime.

The Administration believes in a balanced approach to reducing drug use and its consequences in the United States. This includes evidence-based research on treatment, prevention, and recovery, while also employing tools to disrupt the flow of illicit drugs into our country, and to reduce drug trafficking domestically. For example, the Administration also continues to support the High Intensity Drug Trafficking Areas program, which provides assistance to law enforcement agencies operating in areas determined to be critical drug-trafficking regions of the United States.

The Administration remains steadfast in its commitment to support the health of individuals and safe communities by promoting public health strategies, along with smart-on-crime strategies and evidence-based drug policies, to reduce drug use and its consequences in the United States.