Open letter to parents: Why you should vaccinate your children 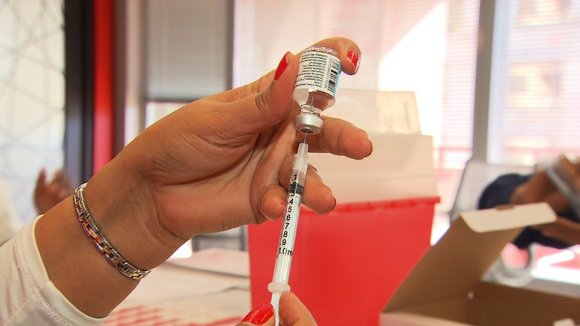 Flu vaccine myths can confuse people trying to decide whether to get a shot.

(CNN) -- To any parents who are anti-vaccine -- or perhaps better described as vaccine-hesitant -- let me say first that I can relate.

When I had my first daughter nearly nine years ago, like probably a good number of new moms, I was irrationally worried about my child's safety (yes, I checked to make sure she was breathing every night!).

I closely followed online discussions about most parenting decisions, so I was well aware of that now infamous report, which claimed to find a link between autism and what we call the MMR vaccine (it stands for measles, mumps and rubella).

Eight years ago, when it was time for my daughter to get her first MMR shot, I kind of freaked. I expressed my fears to my pediatrician, who is a big believer in homeopathic remedies, to give you a sense of how liberal she can be when it comes to modern medicine.

"It is totally safe. The science is sound," she assured me. I remember her saying words to that effect, but my mom gut wasn't totally convinced. To placate me, she said we could do the shots separately. Instead of one vaccine, my daughter braved three different shots for measles, mumps and rubella. (She will have my head when she reads this!)

A few years later, that report was officially discredited, debunked, you name it. When my younger daughter was scheduled for her first MMR shot, my worries were dramatically reduced -- so much so that I didn't insist that we separate the vaccine into three different shots. I had the doctor give her the whole shebang.

While I struggled years earlier with the decision, I never truly considered not vaccinating my daughter. With a measles outbreak that is now getting national attention, I am convinced I made the right call.

But I'm not an expert, just another parent looking to do what's best for my child. So I reached out to a number of infectious disease experts, people who have no financial or political stake in the debate other than to ensure the safety of our children, to ask them one simple question: Why should parents vaccinate their kids?

The diseases are still around

Tara Smith, associate professor of epidemiology at Kent State University, points out how the diseases we vaccinate against such as measles, while rare, still exist in the United States.

"The diseases are much worse than any potential side effect from the vaccines, so for me it's a risk-benefit," said Smith, who has vaccinated her three children, ages 15 years old, 12 years old and 13 months.

"I would much rather have my children get the vaccine than the disease itself."

People might not realize that measles is not just fever and rash, said Dr. Celine Gounder, an infectious diseases and public health specialist.

"Measles is also pneumonia, brain infection, it's the leading cause of childhood blindness in the world," said Gounder, who added that some parents who don't want to vaccinate want to avoid anything that's not natural for their kids.