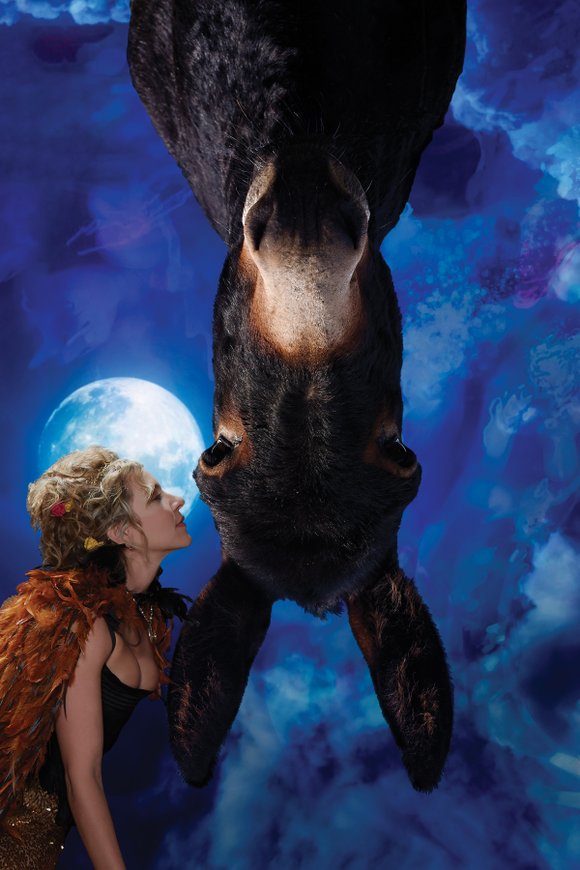 A Midsummer Night’s Dream is a romantic comedy that centers on the misadventures of four young lovers and a troupe of traveling actors, all of whom are manipulated by the fairies inhabiting the enchanted forest in which the play is set. However, unlike most standard versions of Midsummer, in Lehl and Tobin-Lehl’s expert hands, Stark Naked’s exciting new production explores far beneath the surface of romantic folly and exposes the dark theme of love’s inconstancy and volatility inherent in Shakespeare’s text.

With the resounding success of its previous Shakespeare productions, Stark Naked Theatre Company has firmly established its reputation for immersing Houston audiences in the Bard’s timeless storytelling. As the Houston Press noted, “Reading the Bard is no substitute for watching talented performers put him across with masterful flair and conviction. Knotty phrases that can seem so impenetrable on the page are rendered clear and clean when Stark Naked's ensemble sinks their skills into them. The Jacobean dust of centuries past is blown away, and Shakespeare is brought smack into our life, vivid and immediate.”

Join Stark Naked Theatre Company for one of William Shakespeare’s most beloved comedies, A Midsummer Night’s Dream. Produced in collaboration with the University of Houston and co-directed by Philip Lehl and Kim Tobin-Lehl, A Midsummer Night’s Dream previews on March 5th, opens on March 6th, and runs through March 21st, 2015. Performances will be held at Stark Naked’s STUDIO 101, located at Spring Street Studios, 1824 Spring Street, Houston, Texas, 77007. Regular show times are as follows: Thursdays at 7:30 pm, Fridays and Saturdays at 8:00 pm, Sundays at 3:00 pm and a special “Pay What You Can” performance scheduled on March 16th at 7:30 pm. Individual tickets (priced at $25 for adults, $19 for seniors and $12 for students) as well as $40 reserved Gold Seat tickets are available for all performances. Tickets can be purchased at www.starknakedtheatre.com or by phone at 832.866.6514. Tickets for the March 13th and March 20th performances of A Midsummer Night’s Dream include admission to an improv show by renowned Houston improv group Ophelia’s Rope (with special guest) immediately following the conclusion of Midsummer. Tickets for the Ophelia’s Rope performances can also be purchased for $10 at the door.

Cast and Creative Team of A Midsummer Night’s Dream*