What to watch for at the Grammys 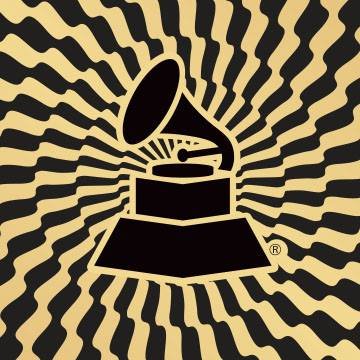 (CNN) -- Yes, some awards are given away at the Grammys, but the most exciting part of the evening is always the performances.

The 57th annual Grammy Awards looks to be all about the duets and group performances with Lady Gaga and Tony Bennett pairing up as well as Common and John Legend, Hozier and Annie Lennox, Mary J. Blige and Sam Smith, Beck and Coldplay's Chris Martin, and Tom Jones with Jessie J. There will also be trio and group performances including Rihanna, Kanye West and Paul McCartney, as well as Herbie Hancock, John Mayer and Questlove with Ed Sheeran.

But that's not all to look out for at this year's biggest night for the music industry. You might also want to stay tuned for:

A special performance by Beyonce

Common confirmed to Rolling Stone that the superstar singer will introduce his and John Legend's performance with a small performance of her own. Beyonce will sing the song "Take My Hand, Precious Lord."

"That's a whole other level, to have her singing 'Precious Lord.' I'm excited," Common told the magazine.

The rapper will not only play "FourFiveSeconds" with Rihanna and Paul McCartney, but he will also do a separate performance. He is up for two awards this year: best rap/sung collaboration and best rap song for "Bound 2" with Charlie Wilson.

His current single, "Only One," is a tribute to his late mother (also featuring Paul McCartney). One never knows what to expect from the polarizing performer.

Will we see Sia?

The powerful singer is notoriously shy and performs with her back to the audience. In 2014 she sang her hit song "Chandelier" for Grammy.com and never turned around.

But how will she handle singing in the 20,000 seat Staples Center in Los Angeles before an audience of millions around the world?

This is one category that fans pay close attention to.

This year Sam Smith, Iggy Azalea, and Brandy Clark are up against groups Bastille and Haim. Who will Grammy choose? Rapper Azalea, whose "Fancy" became the ubiquitous song of the summer? Crooner Smith, who has been critically acclaimed? What about rising country star Clark? Or could there be a complete upset with rock fan favorites Bastille or festival darlings Haim snagging the award?

We shall have to wait and see.

While Bobbi Kristina Brown isn't an artist, she is the offspring of pop and R&B royalty.

The daughter of the late superstar Whitney Houston and singer Bobby Brown has been on the hearts and minds of many since her near drowning. Her mother died just before the Grammy ceremony in 2012. Look for possible references to her from some of the artists.