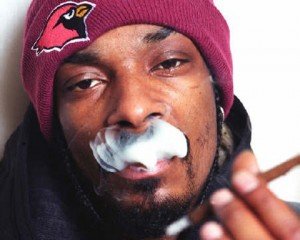 LOS ANGELES (AP) — Snoop Dogg dropped it like it’s hot with Pharrell, Chaka Khan and others at a pre-Grammy concert that went into the wee hours of the morning.

The rapper headlined a concert for Levi’s on Thursday night at the Hollywood Palladium, performing from his catalog of anthems, from “What’s My Name” to “Beautiful” and “Drop It Like It’s Hot,” where he was joined by Pharrell.

Dogg announced that Pharrell is executive producing his new album, “Bush,” due out this spring. They performed its first single, “Peaches N Cream,” for the few thousands in the crowd — which included Daft Punk, T.I., Leona Lewis and Tyler, the Creator.

Special guests who earned a rousing applause as they entered the stage included Chaka Khan and rapper Too Short. Khan, who also performed at Essence’s pre-Grammy bash on Thursday, sang “Ain’t Nobody.”

R&B singer Miguel, who headlined Levi’s pre-Grammy concert last year, performed “How Many Drinks,” where he was joined by Kendrick Lamar, who is nominated for two Grammys at Sunday’s show.

Diplo opened for Dogg with an energetic DJ set, which also featured Skrillex.

Pharrell is the top nominee at the Grammy Awards. He, along with Sam Smith and Beyoncé, are nominated for six awards each, including album of the year.