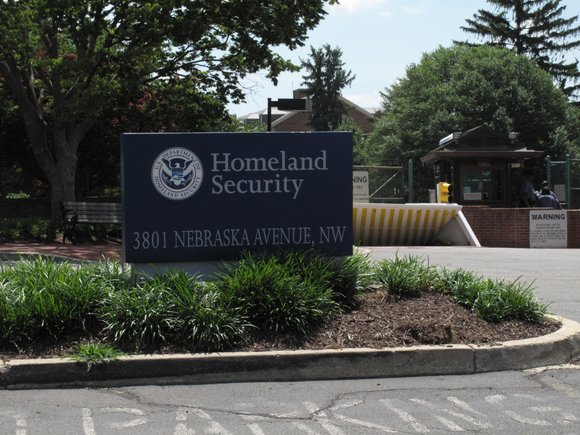 WASHINGTON (CNN) -- Republicans control both chambers of Congress, but they continue to struggle to come together to pass legislation to fund the Department of Homeland Security. The agency is at risk of shutting down when it runs out of money at the end of the month.

But even as GOP leaders try to shift the blame to Democrats, some Republicans are starting to break ranks with their leaders' strategy.

House Speaker John Boehner, pressed Thursday if he'd guarantee DHS wouldn't be shut down, sidestepped the question, and instead repeated his mantra: The House had done its job.

"We've passed a bill to fund the department and stop the President's unilateral action with regard to immigration," Boehner said in his weekly press conference.

But action is stalled on that bill.

It's "stuck," according to Senate Majority Leader Mitch McConnell, who has failed on three attempts to attract enough Senate Democrats to agree to bring the measure up for debate in that chamber. Democrats are unhappy House Republicans attached several controversial amendments to the bill that would block President Barack Obama's immigration policies. Democrats are insisting they will support only a "clean" funding bill, without the immigration provisions.

McConnell attempted to flip the ball back in Boehner's court earlier this week, but Boehner made it clear he wants to keep the pressure on the Senate.

While Boehner and McConnell appeared to point fingers at one another earlier this week, they are now coalescing around a common strategy: pin the blame on a group of roughly seven Senate Democrats who criticized the President's decision last fall to unilaterally stop the deportations of roughly 5 million undocumented workers who entered the U.S. illegally.

"If funding for Homeland Security lapses, Washington Democrats are going to bear the responsibility," Boehner said.

West Virginia Democratic Sen Joe Manchin, who admitted he disagreed with the President's immigration actions, told reporters he strongly opposes adding the GOP immigration amendments to the DHS bill and he plans to hold firmly against it.

"If it's concerning immigration, do something on immigration, put your concerns on the President's actions and I'll vote on them. I'm not going to play politics and start playing around with the Homeland Security," Manchin said Wednesday. "There's no pressure that's going to change where I am."

More than a dozen House and Senate conservatives held a press conference on Thursday and one by one members tried to lay the blame for inaction on that group of Democrats.

"Senate Democrats are playing partisan politics with our national security by preventing the Senate of even taking up that funding bill," Texas Republican Sen. Ted Cruz said.

Not all Republicans agree it was a good idea to wage the fight over immigration that could put funding for domestic security agencies at risk, especially after recent terror attacks in Paris, and the high-profile murder of U.S. hostage Kayla Mueller by the terrorist group ISIS.

"I didn't necessarily think this was the best ground to fight on because I've seen this movie before," Illinois GOP Rep. Adam Kinzinger told CNN, saying he could support a clean funding bill.

Now, House conservatives are pressing Senate Republicans to change the debate rules, essentially eliminating the requirement that 60 votes are needed to break a Democratic filibuster.

But Cruz didn't think that was a good idea, telling reporters, "I think the Senate rule wisely protects the minority."

The House and Senate will head home next week for a one-week break.

"Coming back from recess, hopefully people are well-grounded about the basics. I think the American people are pretty on edge about international security," said Sen. Mark Kirk, R-Illinois. "My hope is when you get them away from the partisan fires of D.C. they will want to pass a clean DHS bill."

GOP Rep. Mike Simpson predicted some deal would emerge at the last minute.

"We won't shut the government down, that would be really really stupid," he told CNN.

While he conceded no one knew how the final days of this debate would play out, he said one thing was all but guaranteed -- the fight over the DHS bill will go right up until the deadline on Feb. 28th.