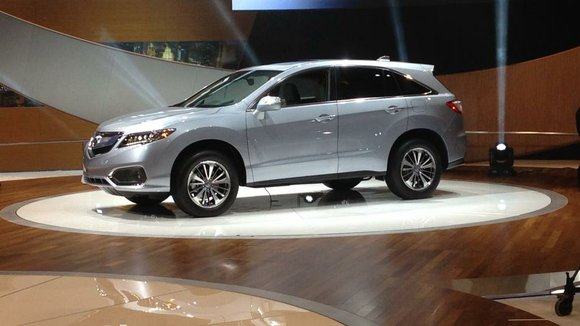 Acura introduced a facelifted 2016 RDX at the Chicago Auto Show, three years after the second generation of its smaller SUV was launched. The midcycle update includes a new look front and rear, starting with a new grille and Acura's now-familiar stream of sequenced LED headlights.

When the 2016 model goes on sale this spring, all RDX trim levels will come standard with a power lift gate and rear HVAC.