Why The Hulk Will Probably Never Get Another Solo Movie 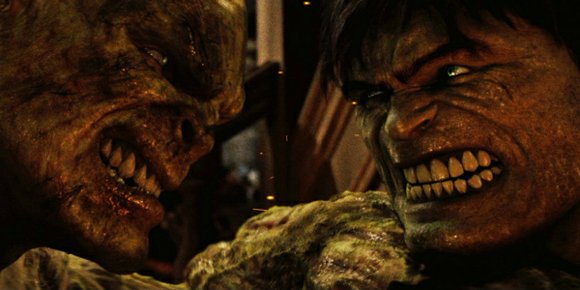 In Marvel’s 2012 team-up mega-movie The Avengers, Mark Ruffalo’s rendition of the Hulk was undoubtedly the scene-stealer of the film. While being gigantic, green, and gratuitously breaking the world tends to have that effect, it was actually the way that Hulk was presented as more humorous, destructive force for good that seemed to have audiences agreeing that Marvel finally got Hulk right on the big screen. Yet, contrary to that celebration, it seems that Ruffalo has serious doubts if he will ever step in front of the camera for a solo run with his widely-lauded version of Hulk.

In an interview with Empire, Ruffalo discusses the current state of his Bruce Banner character when we catch up with him in the beginning of the upcoming Avengers: Age of Ultron. Discussing his role in the Marvel Cinematic Universe beyond that film, however, Ruffalo identified a critical predicament for the possibility of another Hulk movie becoming a reality: The character’s innate resistance to give the audience what they want. As Ruffalo candidly explained,

[A new feature-length Hulk movie is] a tough nut to crack. Traditionally you’re watching a guy who doesn’t want to do the very thing that you want him to do. It’s hard to take for two hours. I don’t know how many times you can use that same framing for it, but now he’s maturing and there’s a cool dynamic growing between Banner and The Hulk.

The issues that Ruffalo identified are definitely legitimate, since, of all the major characters in the Marvel Cinematic Universe, the Hulk has had the most difficult time trying to make a solo film work. In the modern era, the franchise relaunched with 2003’s pre-Marvel Studios effort Hulk, starring Eric Bana in the Banner/Hulk role. However, the film was bogged down by director Ang Lee’s sleepy, mopey pathos-heavy focus that relegated the Hulk scenes to almost feeling like an afterthought.

Following that film five years later, the 2008 Marvel Studios effort, The Incredible Hulk with Edward Norton, in the role seemed to do everything right on paper. Director, Louis Leterrier amped up the action and destruction, brought a threatening, powerful peer in Tim Roth’s Abomination, planted seeds for his signature nemesis, The Leader, to show up in a sequel, and even made significant ties to the burgeoning Marvel Cinematic Universe with a cameo from Robert Downey Jr.’s Tony Stark. Yet, despite all of this, it only did slightly better box-office business than its 2003 predecessor. Why this was the case, especially coming just a month after the groundbreaking MCU momentum from the first Iron Man, remains a big question that Marvel Studios seemingly still hasn't been able to answer yet..

Based on what is known about the Bruce Banner character in The Avengers: Age of Ultron, the film will see him in a place where he’s contained his inner-Hulk for an extended period of time. However, he’s also reached a point where he has resigned himself to the fact that a cure for his gamma-radiated malady is just not in the cards, creating a weird kind of acceptance of the situation. While the increasingly beloved "Science Bros" on-screen chemistry between the technically inclined Tony Stark and the biologically inclined Bruce Banner will also be prominent, the Zen won’t last. As anyone who has seen the film’s trailers knows by now, something (perhaps by supernatural means) sets the Hulk loose on a rampage that calls for Stark to give comic book fans a dream of an on-screen battle between Hulk and Stark's Hulkbuster armor.

Rumors swirled for years pointing to the idea that we may not even see Hulk again after the MCU "Phase Two" period, which culminates with Avengers: Age of Ultron and Peyton Reed's Ant-Man this summer. Ultimately, Hulk’s fate in the Avengers sequel, could, nullifying Ruffalo’s reservations, present an interesting new premise to support a possible new Hulk solo movie even beyond Phase Three. (One that maybe could take place on a different Planet?) However, as usual, Kevin Feige and the gang at Marvel Studios are playing those cards close to the chest.

In the meantime, you can catch the Hulk in Avengers: Age of Ultron when the film arrives in theaters on May 1st.