Will Smith: “My Marriage Has Died” 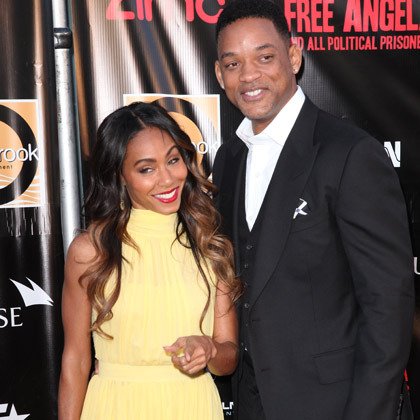 For the past eighteen years, Will Smith and Jada Pinkett Smith have built a reputation as being one of Hollywood’s most unshakable couples. But Will Smith recently admitted that within their highly talked about marriage, there have been times so rocky that their relationship has pretty much died at points. However, instead of calling it quits, these two just find a new way to make things work.

He told The Sun newspaper: ”Whatever you have is gonna die and you are gonna have to rebirth something new. You have to be willing to ride the waves. ”There’s gonna be some flat days and some stormy days, and that has to be OK.”

Additionally Jada, who the two have one daughter Willow, 14, and a son Jaden, 16, with the 46-year-old actor – has previously said Smith is more than just a husband to her.

She explained: ”We used to have all these rules, [but] as you go on in your relationship, you just get into a flow. ”Will, to me, encompasses everything. It’s almost as if calling him ‘my husband’ is too small of a word for what he means in my life… I think I had a very stuck idea of what a husband looks like, what a wife should be.

”Once I broke all of that, a whole new world opened for me and man, oh, man, I got to see him in all his glory. And so that’s what it’s evolved into. And I’m just ecstatic about it.”

This isn’t the first time the couple has had to defend their marriage from rumors. In 2013, Jada responded to rumors about her and Will having an open relationship:

“Will and I BOTH can do WHATEVER we want, because we TRUST each other to do so,” she clarified. “This does NOT mean we have an open relationship…this means we have a GROWN one.”