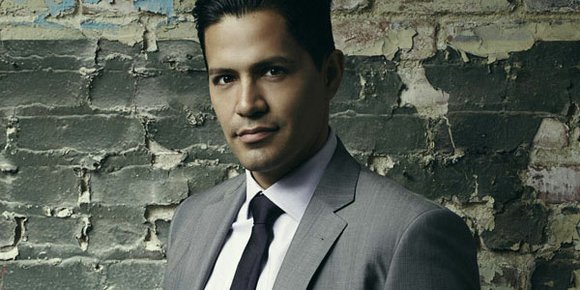 Director David Ayer has already put together a number of big casting pieces for his upcoming DC Comics live-action film Suicide Squad, but today the project has found yet another start to join its ranks. The latest actor to join the movie is none other than Hostel and Gang Related star Jay Hernandez.

The Wrap first got the scoop on the casting, though they don't have any firm details regarding exactly who Hernandez will be playing in the 2016 blockbuster. There are no possible character names mentioned, though the writer adds "it’s possible that he could be playing an inmate on the same cell block as The Joker, though there are several other open roles at this time."

The actor is joining a rather stellar ensemble that includes Will Smith as Deadshot, Margot Robbie as the crazy/lovable Harley Quinn, Jared Leto as The Joker, Jai Courtney as Captain Boomerang, Joel Kinnaman as Rick Flag, and Cara Delevigne as Enchantress. Also said to be in talks for the movie are Viola Davis - who is being lined up to play squad organizer Amanda Waller - and Jesse Eisenberg - who would reprise his Lex Luthor role from Zack Snyder's Batman v Superman: Dawn of Justice.

Jay Hernandez first came up in the movie world, starring in horror movies like Hostel and Joy Ride along with dramas like Friday Night Lights and Ladder 49. In recent years, however, most of his work has been featured on television. Most recently he starred in the aforementioned series Gang Related, but he also had recurring roles on Nashville and Last Resort. He most recently completed working on a romantic comedy feature called The Night Is Young, though that film doesn't currently have a release date.

The pieces are definitely coming together for Suicide Squad, and we will likely start hearing a lot more about the production in the next few weeks. That's because the movie is scheduled to start production in April, and all of the ducks need to be set in a row before that can happen. Of course, given the secrecy surrounding all of these big live-action comic book movies, don't be so sure that we will be getting a plot synopsis any time soon. After all, Batman v Superman: Dawn of Justice has been finished filming for months, and we still don't know a damn thing about the story in that movie.

There's not a lot to go on in terms of pinning down the character who will be played by Jay Hernandez in Suicide Squad - given that there are hundreds if not thousands of characters in the DC Universe who could share a cell block with The Joker - but if you had to put in your best guess, who do you think he is playing? Answer in the comments below!