The 2 Reasons Why Ant-Man Isn't In Avengers 2 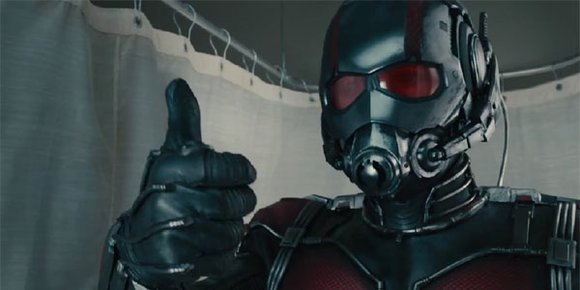 While the upcoming Marvel mega-movie sequel, Avengers: Age of Ultron looks to expand the comic book-inspired breadth of the Marvel Cinematic Universe even further, it has been known for some time that one critical aspect of the adaptation will be altered: Namely the comic-book-critical role that Ant-Man was supposed to play in relation to the film’s titular antagonist. It’s an alteration that, for many comic book purists, seems perplexing and unforgivable. However, writer/director, Joss Whedon has recently revealed his reasons for the canonical change and hopes that all of you will understand.

In a rather in-depth interview with Empire, Whedon discusses several aspects of what inspired him thematically with Age of Ultron. However, the lengthy sit-down would conclude by focusing on the rather controversial change to the origin of the villainous A.I., Ultron. Fans of the classic comic book canon will eagerly tell you that THE most critical aspect of Ultron’s character at its very core, was the Freud-inspired oedipal hatred that he possessed for his "father," or, in his case, creator, Hank Pym, aka Ant-Man. AOU has changed things so that Tony Stark/Iron Man will play that role in Ultron's genesis. As Whedon states on the first reason the change was made:

Of all the heat I’ve ever taken, not having Hank Pym was one of the bigger things. But the fact of the matter was, Edgar [Wright] had him first and by virtue of what Edgar was doing, there was no way for me to use him in this. I also thought it was a bridge too far. Ultron needs to be the brainchild of the Avengers, and in the world of the Avengers and the MCU, Tony Stark is that guy. Banner has elements of that guy – we don’t really think of him as being as irresponsible as Tony Stark, but the motherfucker tested gamma radiation on himself, with really terrible, way-worse-than-Tony-Stark results.

Additionally, Whedon cites a second major reason for Ultron’s retroactive continuity origin; namely the potential disruption Ant-Man’s presence would have had on the chemistry between the famed "Science Bros" of Tony Stark and Bruce Banner. As Whedon explains:

It didn’t make sense to introduce a third scientist, a third sciencetician, to do that. It was hard for me, because I grew up on the comics, to dump that, but at the end of the day, it’s a more interesting relationship between Tony and Ultron if Tony was once like, ‘You know what would be a really great idea?’ They’re doing what they always do – which is jump in headfirst, and then go, ‘Sorry, world!’ But you have to make it their responsibility without just making it their fault.

It does seem that the Hank Pym dilemma was sort of a no-win situation for Whedon when it came time to hunker down on the Age of Ultron script. Clearly, in regards to signature, iconic Avengers villains, Ultron was the most essential to bring into the MCU for the super-sequel. Unfortunately, the critical groundwork that would have been laid for Ultron in the Ant-Man project originally set several years ago to be helmed by Edgar Wright would never see the light of day, forcing Whedon to improvise. Now, by the time the current Peyton Reed-directed Ant-Man grows its way to theaters this summer, Age of Ultron will already be a two-month-old movie.