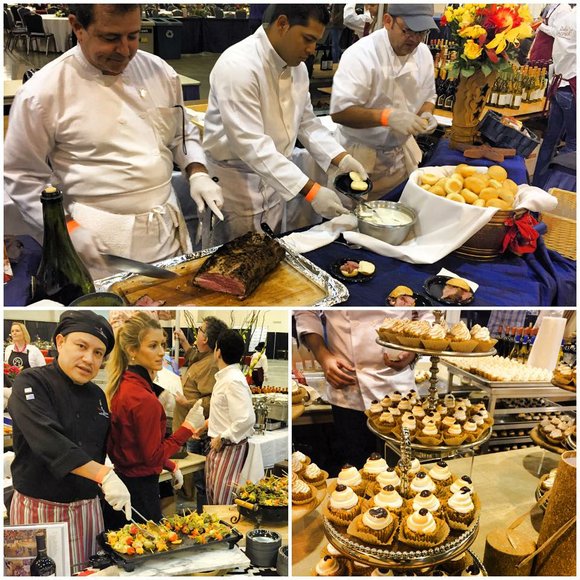 The Rodeo Uncorked! International Wine Competition is a private judging event held in November each year, and determines which wines will be featured at the Roundup and Best Bites Competition. A qualified panel of expert judges spend countless hours tasting an array of wines to unearth the winners in categories ranging from Top Texas Wine to Top All Around Winery.

In November, the International Wine Competition boasted 2,578 entries, including wines from 43 Texas wineries and 16 different countries. Medals were awarded to 2,221 wines by 20 panels of judges, consisting of wine experts, collectors and knowledgeable consumers. The champion wines are:

All champion wines will be auctioned at the Rodeo Uncorked! Champion Wine Auction, Sunday, March 1, 2015.

A selection of the champion wines will be available for tasting, by the glass and bottle, throughout the run of the Show, March 3 through 22, in the Rodeo Uncorked! Champion Wine Garden, located in Carruth Plaza. Times are Monday through Thursday, 4 to 11 p.m.; Fridays, 4 p.m. to midnight; Saturdays, 11 a.m. to midnight; and Sundays, noon to 10 p.m. For more information on event times, visit http://www.rodeohouston.com/Events/RodeoUncorked.aspx.

The Houston Livestock Show and Rodeo is a Section 501(C)(3) charity that benefits youth, supports education, and facilitates better agricultural practices through exhibitions and presentation. Since its beginning in 1932, the Show has committed nearly $375 million to the youth of Texas. For more information, visit rodeohouston.com and connect with RodeoHouston online via Facebook, Twitter, Instagram, YouTube, Pinterest and Tumblr for all of the latest news. Houston Livestock Show and Rodeo Heritage Partners are NRG, Ford, Miller Lite, Coca-Cola, BP America and Mattress Firm. The 2015 Show will run March 3 – 22.