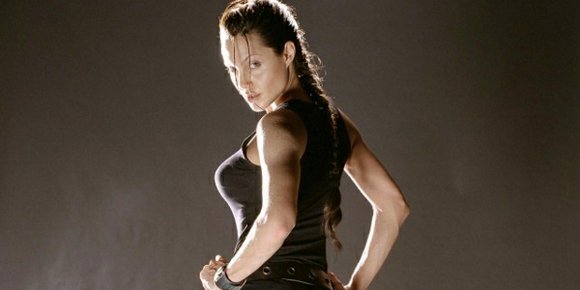 At the turn of the century, Tomb Raider was a franchise at the top of its game. As if that wasn't enough, the series had also spawned two moderately successful films starring the then up-and-coming Angelina Jolie, Daniel Craig, and Gerard Butler. Unfortunately, by time the film franchise started to take off, the video game series had taken a serious blow with horrible reviews and a failing public image. A third Tomb Raider film was, sadly, never meant to be. Twelve years later, it looks like Lara Croft’s next is finally leaving development hell, and taking aim at the box office once more.

Variety has reported that MGM, previously named custodian of the Tomb Raider film series, has struck a deal with Warner Bros. to bring their long-in-the-works reboot of the archaeological adventure series back to the big screen. It’s been over a decade since Paramount Pictures owned the franchise, and the two studios will work with production shingle GK Films to bring a new film to the market at some point in the next couple of years. The report also says that Evan Daugherty (Teenage Mutant Ninja Turtles, Divergent) has been hired to write a new script to revive the project, meaning that the Marti Noxon draft from a couple of years ago is either completely out, or about to be reworked in a major way.

The Angelina Jolie era Tomb Raider films are harmless guilty pleasures, with Jolie acting against the leading men of tomorrow, and kicking unholy amounts of ass in the process. While the films were never high art, they did happen to be two of the better entries in the video game film canon. Even better still is the fact that the original film series didn't have long enough to try and engrain itself onto the minds of fans, meaning that this reboot could and should have more latitude to do what it wants .

In fact, with the tone of the Tomb Raider games recently turning towards more serious and more thrilling storylines (specifically in the 2013 video game reboot), perhaps now is the perfect time to reintroduce Lara Croft to audiences worldwide. The film landscape has changed enough that a serious, more adventure-focused Tomb Raider series of movies could work at the box office. For the die-hard fans that hated the Jolie duology of features, there's a chance to wipe the slate clean and create something they’d be more interested in.

Another huge question that needs to be asked – and will perhaps be answered in the coming months – is whether or not this new edition of Tomb Raider will still be going for a younger version of the heroine, thus letting MGM and Warner Bros. find a new up-and-coming actress to cast and give us a new cinematic vision of the character. This was an element of the project earlier in development, so who knows if it’s still around. Here's hoping that whenever the film hits theaters, it'll be better than the job Evan Daugherty took part in while bringing Teenage Mutant Ninja Turtles to the big screen.

For more information go to http://www.cineamblend.com