Why Netanyahu is confronting the White House 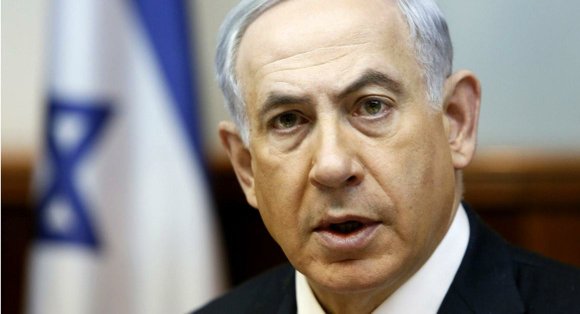 JERUSALEM (CNN) -- When Israel destroyed Iraq's nuclear reactor in 1981, then-Israeli Prime Minister Menachem Begin drew an important line in the sand: No enemy could be permitted to develop weapons of mass destruction.

Israel, he declared, would defend itself "with all the means at our disposal."

These words still reverberate in Israel today, and they help explain why Prime Minister Benjamin Netanyahu is flying to Washington next week to give a controversial speech before Congress on Iran.

Netanyahu wants to thwart a nuclear deal world powers are hammering out with Tehran, a deal that his government believes will leave Iran with the means to potentially develop a nuclear weapon -- and leave him with the same choice Begin faced more than three decades ago.

"This is the primary Israeli fear," said Ronen Bergman, military and intelligence analyst for the daily newspaper Yedioth Ahronoth. "They are afraid at the end of the day, if negotiations fail, Israel would be left alone to make the call -- whether to contain an Iranian nuclear capability or to make the call on the strike."

In making the trip to Capitol Hill, Netanyahu is willing to risk the ire of the White House, which is chagrined that he is expected to rail against the administration's deal-making and encourage Congress to push for an Iran sanctions package that President Barack Obama has threatened to veto.

And Netanyahu is doing so even amidst recriminations -- over how Republican House Speaker John Boehner and the Israeli Embassy handled the invitation -- that have tainted the atmosphere between the prime minister and the White House. Administration officials charge that the invitation violated protocol and has partisan overtones.

While the Israeli leader's speech might only intensify those bad feelings, Netanyahu has said it's worth the cost of stating his case before the American public. Advisers indicate that with a deal looming, he feels that he has less and less time to prevent what he sees as a catastrophic outcome.

Netanyahu critics and many analysts see a political motive.

His speech to Congress comes two weeks before the Israeli election, in which he is facing a tight race. His security credentials and rhetorical skills are two of his strongest assets, and being welcomed by U.S. senators and representatives could play well on television screens in Tel Aviv. The White House has used the proximity of the elections as its reason for denying Netanyahu an Oval Office meeting during the trip.

But many confidants insist that Netanyahu has a strong ideological conviction on the need to block Iran and treats his roles as protector of Israel and the Jewish people with the utmost seriousness. For him, this is a chance to act before Israel is faced with choosing between an Iranian bomb and bombing Iran.

Inherent in that choice is the fear Israel cannot count on the United States to stop Tehran.

Obama has famously said that he's "got Israel's back" when it comes to Iran. Yet Israeli officials say they have watched over the past several years as the Obama administration has backtracked from its firm stance on Iran's nuclear program to a position that could potentially allow Iran to maintain a significant uranium enrichment program.

"What started with zero (centrifuges), then went to a symbolic enrichment capacity of a few hundred. Now it is well known we are speaking about several thousands," Israeli Minister of Intelligence Yuval Steinitz said in an interview with CNN. "We think that the overall goal of the negotiation should be to get rid of the Iranian nuclear threat and not just hold it or restrain it or freeze it."

Israel maintains that even an Iranian threshold nuclear state, leaving Iran with enough enriched uranium to give it "break-out capacity" to build a nuclear weapon, would position Tehran as a superpower in the region and enable it to threaten Israel with impunity.

That would challenge the so-called qualitative military edge that Israel has built up over decades to fend off its enemies. Israeli military leaders worry they may have to think twice about responding to say, a Hezbollah attack on Israeli troops, out of fear of Iranian reprisal.

"This is a severe strategic threat to the variety of options that the national security of Israel stands upon," Bergman said. "They want to have the bomb in order not to use it. They want to position themselves as a regional superpower and this would give them a nuclear umbrella over their heads."

It's a daily threat to their existence that many Israelis believe the United States -- half a world away -- can't possibly understand. And some Israelis aren't as sanguine as Bergman that Iran wouldn't want to use the bomb.

"I have no doubt about the seriousness and the good intentions of the Obama administration," said Steinitz, the intelligence minister. "Maybe we are more concerned because we feel the threat because they are speaking about the elimination of the Jewish state."

Moreover, Israel fears a nuclear Iran would spark an arms race in the Middle East, potentially surrounding them with a group of nuclear-armed enemies in a region in turmoil.

While the United States has long pledged to safeguard Israel's security, Israeli leaders now fear the easing in relations between the United States and Iran following the election of President Hasan Rouhani has clouded the Obama administration's judgment. And the U.S.-Iran thaw has come at the same time that tensions between Obama and Netanyahu have escalated.

In addressing Congress next week, aides say that Prime Minister Netanyahu feels compelled to warn the U.S. and the world that, in his view, beneath its friendly new image, Iran is still intent on wiping Israel off the map.

"I think that he feels fated that he is leading the Jewish people when it potentially faces a genocidal threat," Horovitz said. "That is the Netanyahu mindset -- that people are in peril, and he needs to stand firm and say what he wants to say and if necessary take the step that needs to be taken."