In North Korea, even Kim Jong Un's birthday is an enigma 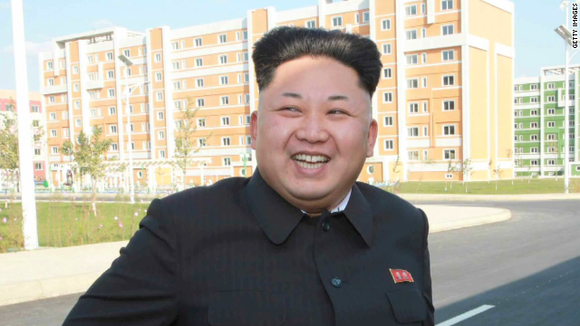 Kim's birthday is believed to fall on January 8, but like most affairs of North Korea, his personal details are opaque. North Korean state media has not acknowledged the exact date of Kim's birth in either of its Korean and English-language archives.

Dennis Rodman belted out "Happy Birthday" -- not far from Marilyn Monroe's rendition -- as the Pyongyang crowd clapped in unison during a basketball game.

This year's birthday affairs are less likely to be bizarre -- Rodman is not in town.

Kim's birthday is believed to fall on January 8, but like most affairs of North Korea, his personal details are opaque. North Korean state media has not acknowledged the exact date of Kim's birth in either of its Korean and English-language archives.

"There is a lot of debate about the year he was born," said Cheong Seong-chang, a senior research fellow at the Sejong Institute, a Korean think tank. "Some say it is 1984 while others say is '83 or '82."

In previous years, Kim has distributed sweets to children on January 7 which was a tradition held by his grandfather and father during their birthdays.

The birthday of Kim Il Sung, the founder of the country, is considered the Day of the Sun and falls on April 15. Kim Jong Il's birthday, on February 16, is known as the Day of the Shining Star. These are the days when residents received goods from the state and children got sweets. The days are marked with pomp and circumstance, including military parades, patriotic chants and oaths of loyalty to the leaders.

But the current leader Kim's birthday has been decidedly more low-key during his three years in power.

"There's a lot of speculation why that's the case," said Lee Jung Hoon, professor of international relations at Yonsei University in South Korea. "Kim could be trying to put out this image as a humble guy, that he's not extravagant. Then there's sort of negative take on this issue, as to he's still very young, 29, 30 or 31. When you start marking his birthday, then the whole North Korean people will start to wonder, then what's his age?"

And revealing his age raises questions about experience.

"It could be because he is a young leader. Being young could have its advantage and disadvantage, but it appears as though he doesn't want to make it public yet," said Cheong.

Unlike his predecessors, there's little sign that Kim's birthday is a major national holiday.

The Kyodo News reported last year that the current North Korean leader's birthday is not likely to be celebrated as a national holiday this year, after it reviewed five North Korean calendars for 2015.

And North Korean workers at the joint Kaesong Industrial Complex never have asked for a holiday on January 8 in the past two years, according to the South Korean Unification Ministry, the agency which handles North Korean affairs.

"The date is known as accurate, but North Korea never officially confirmed it," said Cheong.

The Unification Ministry recorded Kim's birthday as January 8, although the exact year of birth is marked as 1982, 1983 or 1984.

In Kim's three years in power, he's largely followed the legacies of his father and grandfather, said Lee.

A South Korean report that released this week indicated that North Korea could be closer to miniaturizing a nuclear warhead indicating that Kim has continued with the focus on nuclear weapons.

And his regime has also been marked by the purge of Kim's uncle, Jang Song Thaek, who was executed after being branded a traitor in December 2013.

"Unfortunately, there were some hopes because he was educated in Switzerland and that he's young, people hoped that there might be some change. None of that has happened. It might be worse, because he's less experienced than his father and grandfather, and very rash and impatient as we've seen with the cyberattacks," Lee said, referring to a Sony hacking scandal in which the FBI blamed North Korea.For more information go to http://www.cnn.com