The Wicked Movie Is Definitely Happening, But The 'When' Could Be A Problem 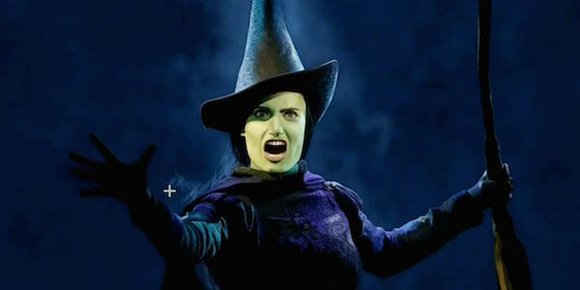 For over a decade, Wicked fans have been waiting for Stephen Schwartz's Broadway musical to be adapted to the big screen. The film is presently expected to arrive in theaters sometime in 2016, however from what producer Marc Platt says, it sounds like we could be waiting a bit longer to see the Wizard of Oz-inspired prequel story make its way to the screen.

Film Divider spoke with Marc Platt (Into the Woods, Wanted) about the planned Wicked movie, asking for confirmation on whether or not the feature adaptation of the hit Broadway musical would, in fact, be hitting theaters next year. The good news is, 2016 is the plan. The not-so-good news is, according to Platt, it's not entirely locked down...

Yes. But it’s not set in stone. The process of developing that movie has begun, we’re working on it, and whether it makes 2016 or not, I’m not so sure.

Platt describes 2016 as a "loose goal" and confirms that Winnie Holzman, who penned the book for the Broadway musical, is working on the script now, and that Stephen Daldry is still on board to direct. And from the way Platt puts it, it sounds like getting the adaptation right is a high priority...

2016 is the goal, but I don’t know whether we’ll make that goal or not. We will make the movie, but like I said, the bar is really high. We’re going to scrutinise our work on the screenplay and our prep on the movie, and when we feel like it’s ready, okay. We’re not going to shoot a release date is what I’m saying. It’s in the works, it’s not in a rush.

It's comforting to hear that they're setting the bar high for the adaptation, as fans likely have high hopes that the movie will do the stage production justice.

While high standards may be at least part of the reason why Wicked might not hit its 2016 targeted release, the continued popularity of the stage production could also be a factor. Platt doesn't make any mention of that in the interview that Film Divider ran, but it seems necessary to note that Wicked remains an extremely popular musical on Broadway. Adapted from Gregory Maguire's Wicked: The Life and Times of the Wicked Witch of the West, the show follows the friendship that develops between Elphaba (the future Wicked Witch of the West) and Glinda during the time leading up to Dorothy's arrival in Oz. With humor, emotional drama and an excellent soundtrack, Wicked does a bit of revising to the classic Wizard of Oz story as it gives us a look at the Wicked Witch of the West's side of the story.

Wicked has been playing in New York's Gershwin theater since 2003. More than a decade later, it's still topping the charts. So the producers may not be in a huge rush to bring the musical to the big screen, if they're concerned that a movie adaptation might draw box office dollars away from the stage production.

2016 remains a loose goal, and perhaps the production will stay on track for that. But I'm inclined to think it's more realistic to believe it'll take longer than that, at least until further updates come in. There's been no word on casting -- would Kristin Chenoweth and Idina Menzel return to the lead roles? -- but with Holzman writing the script, and a director still in place, perhaps it really is just a matter of making sure they have everything in place to do the movie right, and if that happens in the next year, maybe 2016 isn't an impossible goal. In the meantime, you can catch the stage production on Broadway and on tour.

For more information go to http://www.cinemblend.com