Did Mike Tyson And Michael Jordan Almost Come To Blows Over Robin Givens? 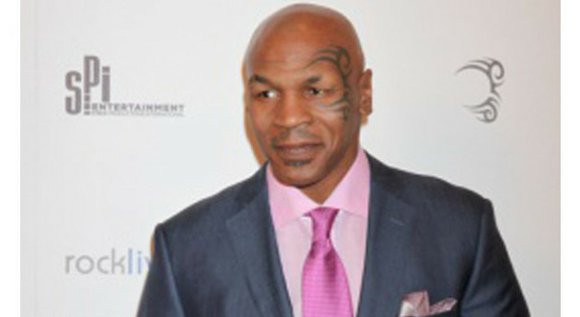 In the new book “Taming the Beast: The Untold Story of Mike Tyson,” author Rory Holloway (written with Eric Wilson) spilled quite a bit of tea about the former boxing champ, and tongues are wagging.

The New York Post has excerpted bits of the tell-all, and Holloway, a friend and former manager of the heavyweight legend, shared a juicy tidbit involving a heated confrontation between Tyson and NBA great Michael Jordan. Reportedly the two legends nearly came to blows over Jordan’s alleged sexual dalliances with Tyson’s ex-wife actress Robin Givens (pictured).

According to the excerpt, Tyson had been dining with Jordan, Holloway, former NFL player, coach and commentator, Mike Ditka; former Chicago Bears defensive lineman Richard Dent and the famous boxing promoter, Don King. The subject of Givens came up during the dinner. Givens was Tyson’s first wife and their tumultuous marriage from 1988 to ’89 had become heavy fodder for the media.

The social gathering took place after Tyson had divorced Givens and he had reportedly been downing a few cocktails and feeling blue about the failed relationship.