Timothy Ray Brown is the First Man Cured of HIV 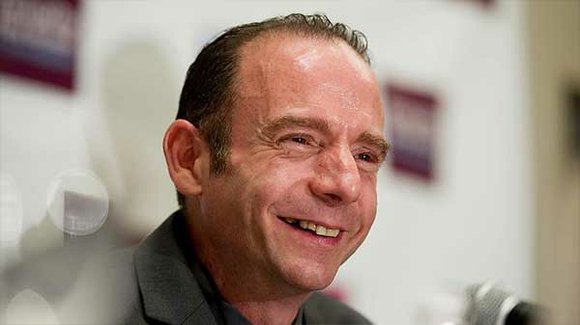 In the 1980’s HIV scare rose due to its devastating effects. It was presumed to be the ultimate death sentence. Nowadays people are living longer with HIV and with advanced technology we may be one step closer to a universal cure. Look at the story of Timothy Ray Brown, the first man to be cured from HIV.

Timothy Ray Brown became the first man to be cured of HIV in 2007 by receiving a stem-cell transplant. The man known as the “Berlin Patient” was diagnosed with HIV in 1995 while attending college. After a diagnosis of Leukemia in 2006, Brown admitted himself into a Berlin university hospital where he met Dr. Gero Hutter who would eventually cure him of HIV.

Dr. Hutter treated Brown with three rounds of chemotherapy and was able to find 267 matches for a stem-cell transplant while most patients with the virus fell short. To narrow the search even further, Dr. Hutter looked for a specific cell mutation called CCR5 Delta 32, which was known to make a person with the transplant virtually immune to HIV. After going through 60 potential donors, Dr. Hutter was able to find his patient’s best match.

Initially, Brown opted against the procedure but after a flare up with Leukemia returned in 2007, Brown needed the transplant in order to save his life. After the stem cell transplant, Brown was able to stop taking his antiretroviral medications. Three months after the transplant, blood tests revealed Brown was HIV-free to the surprise of his doctors. Brown and his doctor had no idea they were onto a HIV breakthrough.

Now, Brown is able to live a healthy life as the first man cured of the virus. In 2012, he founded the Timothy Ray Foundation, part of the World AIDS Institute, and continues to offer his support to HIV research. “I will not stop until HIV is cured!”, Brown exclaimed.