The Ensemble Theatre Presents "Fly" (a portrait of the Tuskegee Airmen) 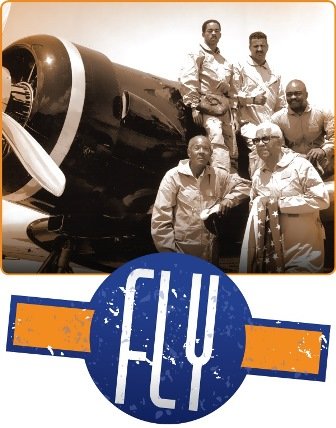 Fly celebrates the lives of the courageous and dedicated Tuskegee Airman who flew during World War II. This story shows the determination of the young men who made historic contributions toward the desegregation of the American military and furthering of civil rights. These heroic military pioneers landed a phenomenal place in history.

Featured cast members include: Kedrick Brown, Kendrick “KayB” Brown, Jason E. Carmichael, Brendon Lara, Rhett Martinez, Nkem Richard Nwankwe, Joe “JoeP” Palmore, and Taelon Stonecipher. The Ensemble Theatre's 2014-2015 Season is sponsored in part by grants from the City of Houston through the Houston Arts Alliance, Texas Commission on the Arts, and the National Endowment for the Arts. United Airlines is the official airline sponsor for The Ensemble Theatre. Fly is generously underwritten by Spectra Energy and The Humphreys Foundation.