Ballerina Misty Copeland: ‘I Will Push For Diversity As Long As I Live’ 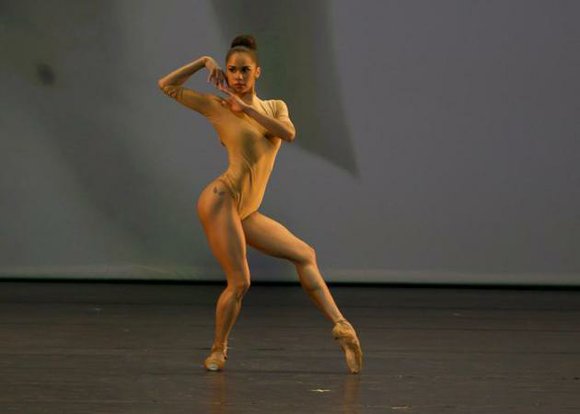 Copeland, a soloist in the company, joined in 2007 as just the third African-American female soloist in its 75-year history. It was a lifelong dream realized for the 32-year-old talent.

“ABT was the very first ballet company I saw live. I saw Paloma Herrera and Angel Corella dance ‘Don Quixote,’ and I was sold,” Copeland told journalists Monday at the TCA Press Tour.

The San Pedro, Calif. has spoken at length about how her family’s financial limitations kept her out of ballet until age 13, some 10 years after most preeminent ballerinas begin their training. Also, puberty caused her frame to blossom beyond ABT’s preferred boyish body type.

And then there was her darker skin.

“I wasn’t completely prepared to experience being the only African-American woman in the company for a decade,” Copeland told the TCA. “I don’t think that I was completely aware of how few there are in top companies within the ballet world. So, if anything, that was probably the biggest shock for me. But it would have been that way in any company that I would have joined.”

The dancer said that one day she will hang up her toe shoes for good, but will forever be a part of the ballet world: “I think I was born to do this, and I can’t imagine doing anything else. I will be pushing the diversity issue for as long as I live.”

For more information go to http://www.balckamericaweb.com