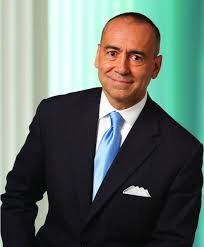 This week Americans honor the memory of one of our greatest champions of equality and justice. Invariably, celebrations of Dr. Martin Luther King, Jr.’s bold life and legacy invoke the names of places where he was spurred to act by conditions that cried out for change: Birmingham, Selma, Montgomery, Washington, D.C.

Today a different set of cities is on the lips and minds of many Americans: Sanford, Ferguson, St. Louis, Staten Island – communities that have suffered from a rash of brief, public and violent encounters that differed in key respects but shared the same tragic end: the premature death of a young black man.

These stories have resonated so widely and frustrated so deeply because they reflect some of our country’s most vexing and unresolved challenges – challenges that still fester nearly a half-century after Dr. King’s own violent and premature death. In a society founded on the radical notion that we can create a better tomorrow, these incidents, and so many others that end similarly, demand that we do better.

Addressing the unique challenges facing boys and young men of color will require a whole host of creative and effective solutions. That’s why, as the retired CEO of Deloitte, I’m an enthusiastic supporter of President Obama’s My Brother’s Keeper initiative, on whose National Convening Council I serve as co-chair with my friend and fellow co-chair, Earvin “Magic” Johnson.

I’m well-acquainted with the inaccurate and poisonous narrative that denies boys and young men of color the opportunity to make, learn and recover from youthful mistakes. But I’m more familiar with another narrative, one that carried a kid people called “Joe E. from the South Bronx” eight miles from my childhood home to a corner office at 30 Rock, with a nameplate outside the door that read “Joe Echevarria, CEO.”

That story – my personal version of the American Dream – demonstrates the unparalleled capacity that the business community has to expand opportunity, foster responsibility, and improve the life outcomes of young people, regardless of the color of their skin or where they were born.

It’s a story that says a lot about the opportunities this country has to offer, but it’s not the whole story. Because I was a latchkey kid, working at a gas station, until fate intervened – in the form of a Cadillac El Dorado driven by one of my customers. It was a beautiful car, its owner wore a beautiful suit, and when I learned he was an accountant, I decided then and there that I was going to be one, too.

I went to school, studied hard, and landed an entry-level job at Deloitte, but learned quickly that the corporate world and the streets of the Bronx had something in common. The corporate world had its very own set of unwritten rules, of expectations about the proper way to speak, to dress, and to conduct yourself. The rules of the Bronx were part of the air I breathed growing up. But I was brand new to Deloitte, and they had hired me to work, not to study business etiquette.