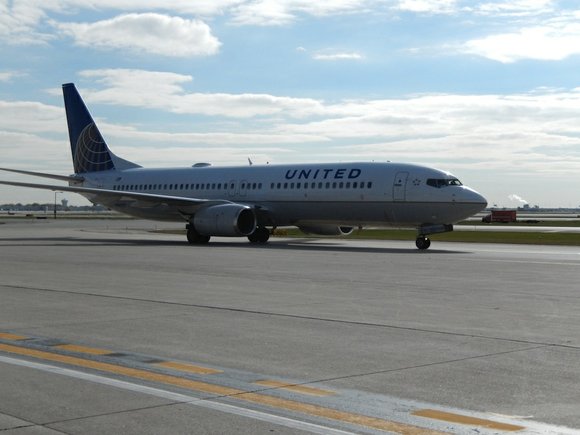 (CNN) -- Look out. The bragging war between two of the world's busiest airports just got more intense.

For the first time in a decade, Chicago's O'Hare topped Atlanta's Hartsfield-Jackson in total flights by more than 13,000, according to new stats from the U.S. Federal Aviation Administration.

But Atlanta's Hartsfield-Jackson remains No. 1 in annual passenger traffic. Spokesman Reese McCranie said the airport is projected to top 96 million passengers for 2014, compared with O'Hare, which handled 66.7 million in 2013, which put O'Hare in fifth place globally for passengers.

"With our friends in Chicago, it's always a little bit of friendly rivalry," McCranie said. "Our operations folks are probably getting ribbed by their operations folks for edging us out. But you know, we're all one aviation system, so when O'Hare does well, other airports -- including ours -- do well."

So really, which airport is the busiest? Which is more challenging for an airport? Handling more airplanes -- or more passengers?

Each has its own contributing factors:

"So when you have that, of course that means you don't have as many takeoffs and landings," McCranie said.

Let's stop for a minute and remind ourselves that these two airports are called upon to perform something that's really quite amazing. With incredible attention to safety, they serve nearly a million flights a year and tens of millions of passengers.

Large international airports are among the world's most complicated facilities, with constantly moving components that require detailed attention. Being the busiest -- on any level -- is a true badge of honor.

O'Hare's statement said the victory comes from Chicago being "the top metro area for foreign direct investment" and its "record growth in international tourism."

So, how do you define the world's "busiest" airport? What's the definition of "busy?" Webster's makes it pretty simple: "actively doing something."

From a traveling consumer perspective, traditionally, passenger traffic has been the key stat when talking about the "busiest" airports.

That's because the FAA takeoff and landing stats include military and other noncommercial flights. For example, an airport that includes a hub for a cargo delivery outfit -- such as UPS Airlines in Louisville, Kentucky -- is going to have more takeoffs and landings that don't include passengers.

Although 2014 global stats are pending, year-to-date figures suggest that Atlanta will still be the busiest airport in the world based on passenger traffic, according to Airports Council International.

London's Heathrow ranked No. 3 in 2013, but ACI says Dubai is poised to surpass Heathrow in passengers in 2014.

As for airport takeoffs and landings in 2013, it ranks globally like this (after Atlanta and Chicago):

Meanwhile, these new numbers appear to be throwing more fuel on the fire in the rivalry between Atlanta Hartsfield-Jackson and Chicago O'Hare.

"We'll let them hold the mantle this year," said McCranie. "We'll come back swinging next year, and we'll see what happens."