This Fast And Furious Star Wants To Play Green Lantern 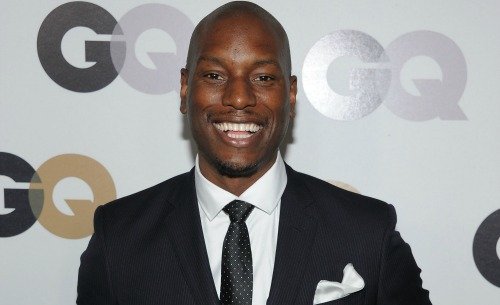 Zack Snyder's Justice League is still a couple years out from now, but most of the line up is already locked down. With Henry Cavill, Ben Affleck, and Gal Gadot heading up the pack as Superman, Batman, and Wonder Woman respectively, there's also Ezra Miller as The Flash, Ray Fischer as Cyborg, and Jason Momoa as Aquaman. Yet there's one important Justice Leaguer that hasn't been cast yet, and Fast and Furious star Tyrese Gibson is throwing his hat into the ring, with some help from his fans.

Through his official Instagram account, Gibson shared the following image, with the perfect caption to stoke the fire.

Rumor has it indeed, as there is a Green Lantern film set for June 19th, 2020; right at the tail end of Warner Bros' DC Cinematic Continuum release slate. Now this would mean that there's plenty of time for any normal movie to audition, re-audition, callback, offer, and cast an actor for the role of the Green Lantern. However, this isn't a normal movie, as the DC Cinematic Continuum is using the same Marvel-ous strategy of introducing new heroes in previously existing films. Considering a lot of groundwork is being laid with Batman v. Superman: Dawn Of Justice, as well as 2017's Justice League flick, someone's obviously going to need to step into the jumpsuit soon.

Tyrese Gibson seems like a really good candidate for many reasons, chief among them the fact that Zack Snyder is rumored to be looking to use the John Stewart variant of Green Lantern in his Justice League. Not only does this add even more diversity to the DC team up, it would mean that Hal Jordan's origin story wouldn't have to be rehashed. Ask any Warner Bros and DC executives about 2011's less than stellar box office returns from the Ryan Reynolds/Hal Jordan version of the Green Lantern, and you'll still probably send them into fits.

Even better is the fact that Gibson's previous experience in the Transformers franchise has groomed him as a believable military figure, which would fit John Stewart to a tee as he's a U.S. Marine before he's drafted into the Lantern Corps. He's got the cred, he's got the image, and he'd be a more than welcome addition to the Justice League team. The one thing he doesn't have is the thing that matters: the offer.

However, the fact that Tyrese Gibson is posting this fan image could be a clever hint that he's at least been in talks with Warner Brothers for some sort of Green Lantern action. It wouldn't be a terrible stretch as, again, everyone and their mother seems to be making their first appearance in Batman v. Superman: Dawn Of Justice. While it's highly unlikely the Green Lantern will be seen in that particular film, there's aways 2017's Justice League, which will probably going into production some time this year.