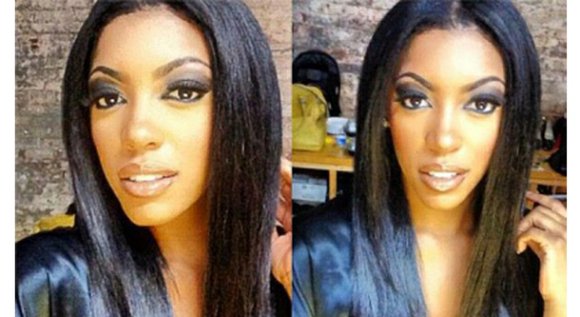 Porsha Williams has reportedly been cut off by her sugar daddy, and must now unload her $300,000 Rolls Royce is she wants to maintain her current extravagant lifestyle, according to TMZ.

Don’t look for Porsha Williams and Claudia Jordan to participate in a girls weekend trip without The Real Housewives of Atlanta cameras rolling for Bravo. Porsha is still a bit salty over the newest RHOA transplant Claudia coming for her while they were on vacation with their co-stars in Puerto Rico. On last week’s episode, Claudia lit into Porsha while the other Southern Belles looked on, where she accused her of being a mistress for a married man, resulting in her receiving a Rolls Royce, money, expensive shoes and handbags. Porsha addresses Claudia’s accusations head on in an interview with OK! Magazine, where she stated:

Claudia’s attack was out of nowhere and I’ll always pray for my enemies and hope they find peace in their lives. She and I were not necessarily considered friends, but I had never spoken ill towards her, of her or tried to call her out. We had a professional relationship at Radio/Dish Nation. I know she wanted more of a friendship, but I have said previously I didn’t feel right about opening up to her. Claudia had already told me she had gotten fired from her show in New York and could no longer afford her lifestyle. She basically burned some bridges, had a lot of professional let downs and no love life, which led her straight to Atlanta. RHOA was her last shot at the stardom she desired. If you add up all that heartbreak and shattered dreams that will leave you a thirsty 41-year-old has-been. Claudia is a “Mini Kenya”[Moore] just as I predicted when we met, even though she swore that her friendship with Kenya would not affect her actions towards me but clearly that was a lie. I just wish she would get her facts straight.

Meow baby! While Porsha insists she’s not dating a married man, she does give some insight as to why Claudia along with Kenya keeps her name on their lips. Porsha quipped:

I’ve learned that sometimes when women are envious of other women they will project their past onto them by any means like calling me all the names that have followed Claudia and Kenya their entire careers such as whore, gold digger, home wrecker etc. Claudia believes if she can slander my name it will make her look better and distract people from Googling her and her shady past. I would love for Claudia to live in her truth and find out what went wrong and why she’s so mad. Don’t attack me and instead be a sister and support. She is definitely succeeding as Bravo’s resident mean girl with green eyes full of envy.

Twirl on that ladies.