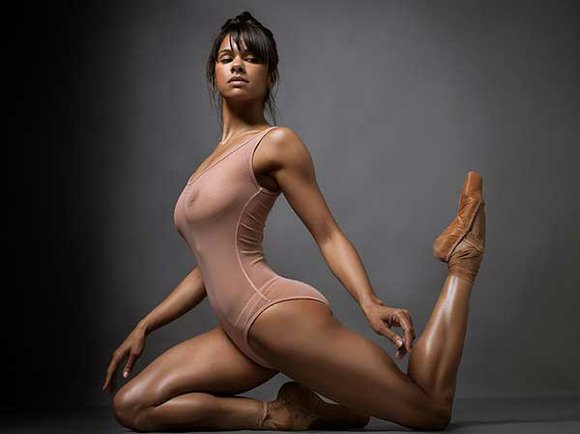 American ballerina Misty Copeland, a cultural phenomenon outside the dance world, has been promoted to the highest rank of the American Ballet Theatre, becoming the first African-American female principal dancer in the company's 75-year history.

The American Ballet Theatre announced the news Tuesday in a slew of promotions at one of the country's top ballet companies. Stella Abrera, a 19-year veteran of the company, was promoted from soloist to the rank of principal dancer.

Copeland, 32, joined the company in April 2001 and was appointed a soloist in August 2007. She has been outspoken about her desire to become the first black woman to be named a principal dancer at the company.

"My fears are that it could be another two decades before another black woman is in the position that I hold with an elite ballet company," she wrote in her memoir, "Life in Motion: An Unlikely Ballerina," published in 2014. "That if I don't rise to principal, people will feel I have failed them."

Copeland's 14-year career at the American Ballet Theatre has been a series of milestones drawing attention outside the rarefied world of ballet. She has appeared in a Diet Dr Pepper commercial and danced atop a piano in Prince's 2010 tour. When she became the first ballet dancer to appear in an Under Armour ad in 2014, the spot racked up more than four million views on YouTube within a week.

Born in Kansas City, Missouri, and raised in San Pedro, California, Copeland began her ballet studies at 13, a late start for a dancer of her caliber. Her rise from modest beginnings to ballet crossover star has been the subject of numerous magazine articles, TV segments, a "60 Minutes" episode and the forthcoming documentary "A Ballerina's Tale."

Copeland was named one of Time magazine's 100 most influential people in 2015 and was featured on one of five covers for the issue. Olympic gold medal gymnast Nadia Comaneci wrote in Time that Copeland's story was one "of someone who followed her dreams and refused to give up."

"In that way, she is a model for all young girls," Comaneci wrote. "It doesn't matter where you're from. If you have the passion like Misty, you can be the best at what you do."

As the New York Times noted , whenever Copeland danced leading roles with the company, "her performances became events, drawing large, diverse, enthusiastic crowds to cheer her on."

In a time when ballet companies across the country are looking for new audiences, crowds of young autograph-seekers swarmed the stage door after Copeland made her debut in the starring role of American Ballet Theatre's production of "Swan Lake" -- the first African-American dancer to do so.

She has more than 500,000 followers on Instagram, who welcomed the news when she posted images showing the moment of the announcement.

Like most of Copeland's accomplishments, the announcement drew cheers well beyond the dance world from Mia Farrow, Katie Couric and Ben Carson. Under Armour also congratulated their spokeswoman.