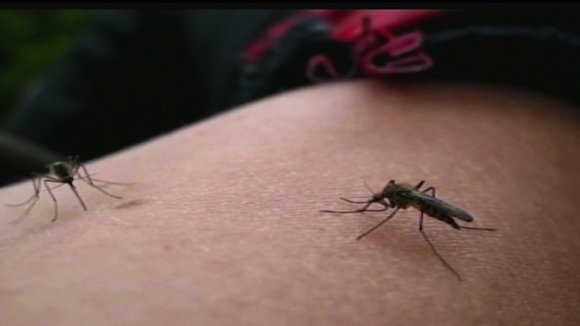 Even if you are quick to jab yourself with an EpiPen after you are stung, you should still call 911 for help because the medication in the EpiPen (epinephrine) only gives temporary relief that lasts about 10 minutes, Sliwkowski said.

How bad does it hurt? If it's so bad that you can't even answer this question, your sting might top the Schmidt Sting Pain Index, which ranks the pain intensity from different insect stings.

The most painful bite of all (level 4) is courtesy of the tropical bullet ant, which is fortunately found off the beaten path in the South American rainforest. The entomologist who developed the index, Justin Schmidt, described the kiss of this ant as "pure, intense, brilliant pain."

Next time you are wailing about a fire ant or honeybee sting, remember that they rank only level 1 and 2 on the Schmidt Sting Pain Index.

Herbs, pills and creams can soothe the sting

Your backyard garden might be full of buzzing biters, but it may also contain a natural remedy for the pain.

"Basil has anti-inflammatory properties, so if my kids have bites I just take the leaf, crinkle it and rub it on the skin," Sliwkowski said.

You can also soothe the pain and itching with over-the-counter medications such as Zyrtec even if you don't have an allergic reaction.

"It is a little stronger than Claritin, but not so strong as Benadryl that (it) can knock you out," Sliwkowski said. Even Preparation H hemorrhoid cream, which reduces inflammation, can be worth trying if you have some around your house, he added.

Mosquitoes' viruses are worse than their bite

The good news when it comes to the maligned mosquito is that she (only females feed on your blood) is much less likely than a bee or wasp to trigger a serious allergic reaction when she bites. Instead of releasing venom, these insects inject an anticoagulant that helps keep the blood flowing.

Although the anticoagulant causes a mild allergic reaction, the more times you have been bitten by mosquitoes in your life, the less sensitive you are to it.

Of course, what mosquitoes can also give you are a couple of pretty serious diseases, malaria being the most famous. There were 2,000 cases of malaria in the U.S. in 2011, the largest number in 40 years, but nearly all of the infections were acquired overseas in areas such as sub-Saharan Africa.

The biggest bug-borne threat in the United States is West Nile virus, which peaks during late summer. Although most people who get infected do not experience any symptoms, about 20% develop fever, headaches, body aches and vomiting.

The Chikungunya virus has also been gaining a foothold in the Western Hemisphere, infecting 1 million people and killing 155 since it first appeared in the Americas in 2014. Infections can cause joint pain, fever and headaches, and in 20% to 30% of cases lead to arthritis and other chronic joint problems. There are currently no treatments for Chikungunya, and the Centers for Disease Control and Prevention recommends rest, staying hydrated and taking anti-inflammatory medications such as ibuprofen to reduce the symptoms.