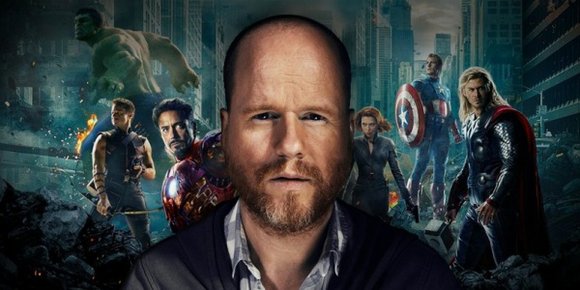 None of this is confirmed, mind you. But Joss Whedon has suggested in interviews that his upcoming The Avengers: Age of Ultron was going to be his last go in the director’s chair for a Marvel movie.

Avengers: Age of Ultron managed to pack a plethora of action into its 141-minute run time. Yet, reports over the past months indicated that a good deal of the superhero sequel was actually left on the cutting room floor. While such an idea might lead one to believe that director Joss Whedon might be artistically inclined to throw together a director’s cut of the film, his recent comments indicate otherwise.

While Marvel Studios had no formal presence at San Diego Comic-Con this past weekend, Age of Ultron director, Joss Whedon, did show up to participate in a panel moderated by Zachary Levi for his site, NerdHQ. The Marvel movie visionary took a number of questions from the fan-filled audience, including one asking about the possibility of Age of Ultron’s deleted scenes providing fodder for a director’s cut. The answer was rather clear. According to Whedon:

It has always been my ambition never to do a director’s cut of anything and always to make the movie with the studio that we both want to make. Ultron was very complex and there was a lot of back-and-forth. My instinct is no. Just as an artist, I’m super fucking lazy and that sounds like it would be hard. I don’t think there’s interest in it, right now. You’ll see a bunch of stuff on the DVD in extras that were meant to be there.

While Whedon's comment on being lazy was rooted in humorous self-deprecation, he did stand firm with his intention to never amend his work. The primary reason that he cites for this unyielding position is that, for the most part, he feels that the narrative for AOU came together "very close" to the way that he hoped. While that might seem like a lofty goal for a film director the caliber of Whedon, it’s important to remember that, just as with 2012’s Avengers, he was placed in a collaborative scenario with an array of executives and producers to construct the latest cinematic centerpiece in a franchise that is worth billions to the Marvel/Disney conglomerate. Despite making loads of concession, Whedon seems satisfied with the end product. As he further explains:

If I tell a story, I want that to be the story I told. Ultron may have some transitions that I’m not 100% on board with. It’s also one of the most ridiculously personal things I’ve ever put on screen.

As a consequence of its creative process, Age of Ultron, while being billed as a film written and directed by Joss Whedon, was actually more of a fusion of disparate concepts through which his original vision was filtered. Yet, Whedon compares a potential director's cut to his distaste of hearing remixes of familiar songs, which violates his own artistic outlook of leaving the end product of a work to stand as a reflection of the context in which it was created. Likewise, Whedon seems to look at AOU as a creation of an extremely personal process that, for better or worse, was artistically shaped by the concessions he made in the creative process. Plus, from a practical standpoint, he can take the fact that film currently stands at $1.3 billion as enough of a victory to move on and never look back.

While the news that we’ll never see scenes like Loki’s cut cameo or Black Widow’s big moment armed to the teeth with heavy duty hardware integrated into any version of the film, Whedon does make it clear that the DVD/Blu-ray will nevertheless provide those likely non-canonical moments in the Marvel mega-movie. However, seeing as Avengers: Age of Ultron only made its debut at theaters back in May, an official date has not yet been named for that highly-anticipated home release.